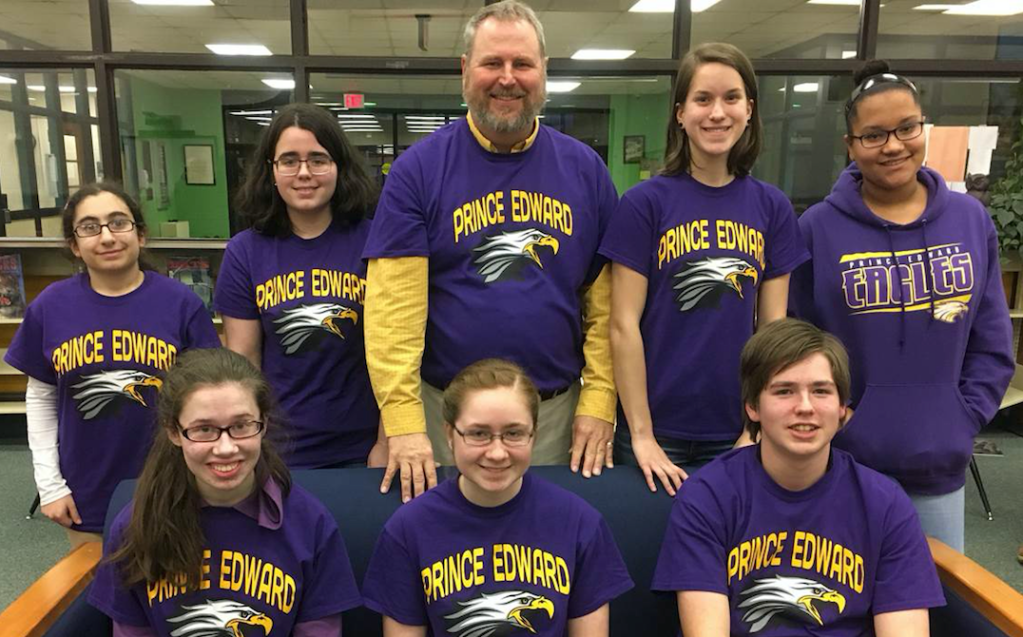 After finishing the regular season with a strong record of 14-2, Prince Edward’s Scholastic Bowl team competed in the Conference 34 tournament on Jan. 19 at Amelia High School.

“Prince Edward had strong wins against Bluestone, Goochland and Brunswick before falling to Randolph Henry by a score of 205-190 in the finals,” school officials said in a press release.

“The second-place finish in the conference tournament qualifies the Eagles for the regional 2A East Tournament scheduled for (Saturday) in Staunton,” officials said.