A Farmville man’s trial in connection with his allegedly inflicting life-threatening injuries to a nine-month-old infant has been continued to Thursday, April 13. 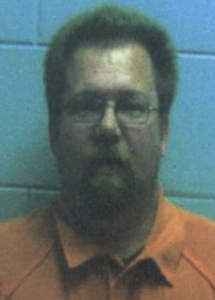 According to Prince Edward County Commonwealth’s Attorney Megan Clark, the jury trial was continued due to the lead investigator being unable to attend due to “unforeseeable circumstances.”

Slayton was arrested in September 2015 for shaking the then-nine-month-old infant daughter, according to police. He was charged with aggravated malicious wounding, felony child abuse/neglect, cruelty and injuries to a child and domestic assault and battery, according to a press release from the Prince Edward County Sheriff’s Office.

Slayton was indicted for the alleged crimes April 19.

Following the reported incident, Slayton took the infant to Centra Southside Community Hospital. The child was later transported to the VCU Medical Center in Richmond and treated for “life-threatening injuries” according to the press release.

Slayton was arrested following a joint investigation with Social Services and the sheriff’s office. Malicious wounding carries a potential sentence of life imprisonment, while felony child neglect carries a sentence of up to 10 years and the maximum punishment for assault and battery of a family or household member is 12 months.