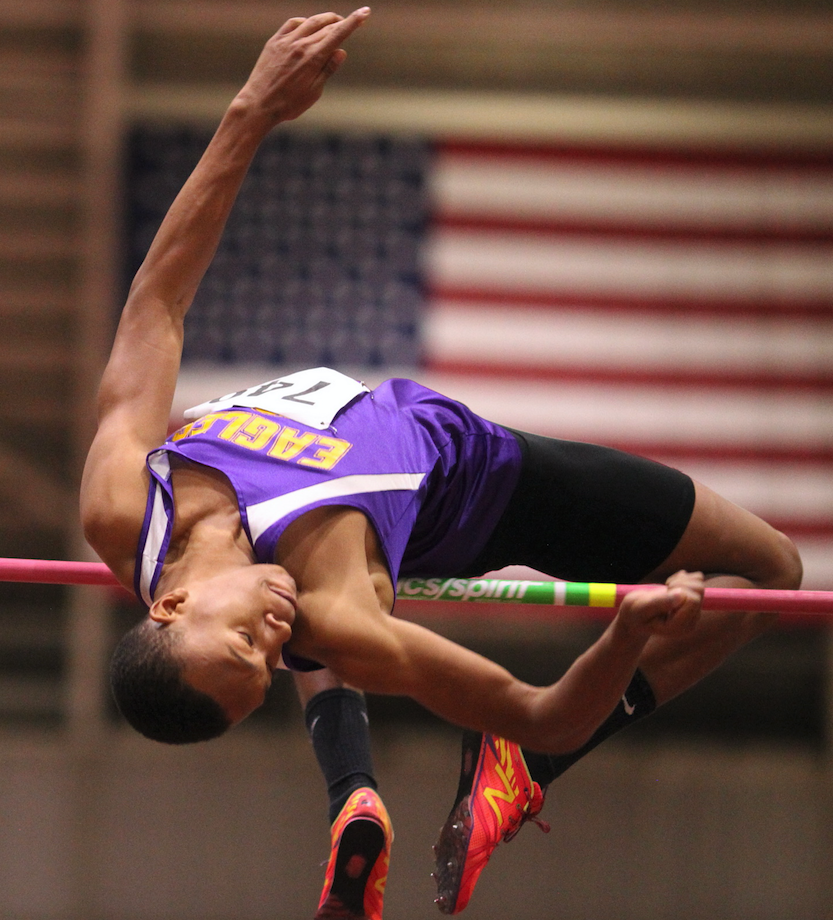 Walton won the boys high jump with a 6-foot-4-inch leap, breaking the 2A East record by four inches.

Baker said Walton’s long and triple jump results were his best of the season.

He will be a key athlete to watch Wednesday and Thursday during the Virginia High School League Group 2A state indoor track and field meet at Roanoke College, particularly in the high jump.

“If Rajai does what he’s capable of doing, then he should be able to win the high jump,” Baker said.

Booker placed first at regionals in the girls long jump with a 16-01 leap, and she keyed her team’s victory in the 4×200-meter relay.

“We were behind going into the fourth leg,” Baker said. “She out-ran the anchor leg for Brunswick (High School) to win first place.”

Eagles senior Markeem Trent won the boys shot put with what Baker said was probably his best throw of the year — 45-2 1/2.

The Prince Edward girls team showed that its future is bright, as Baker noted that all of its 72 points were generated by athletes who are not seniors, and most of them are not juniors either.

“They did a remarkable job,” he said.

Wynn was also third in the 300-meter dash.

Included among the other athletes who will be representing Prince Edward at the state meet this week are seniors Cierra Allen and Quantavis Nash, juniors Michael Dupuy, Zion Lewis and Ira Walker and freshmen J’Sean Dupuy and Naomi Jones.

Prince Edward will also have alternates.

“We’ve got to go take care of some business and do what we can,” Baker said. “But regardless of how it turns out, they’ve done a tremendous job this year.”