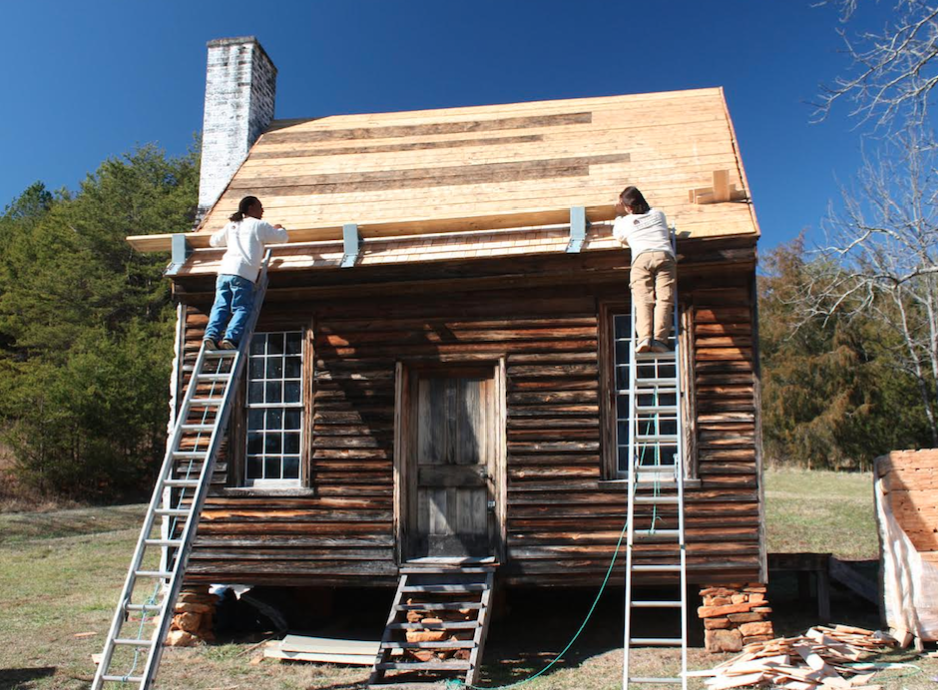 The cabin was built between 1830-1840 and represents a post-and-beam hall type house, common in rural Virginia during the mid-19th century.

The Appomattox 1865 Foundation — Friends Group of Appomattox Court House National Historical Park has raised $25,000 to fund a restoration project of the Charles Sweeney Cabin located along state Route 24, just outside of the historic village.

According to a press release, the cabin was built between 1830-1840 and represents a post-and-beam hall type house, common in rural Virginia during the mid-19th century.

“Charles Sweeney was a cousin of Joel Walker Sweeney, who is famous as the popularizer of the modern five-string banjo,” park officials said in a press release.

“The Charles Sweeney Cabin is the sole surviving residence of several Sweeney homes that existed along the Appomattox River in 1865. Family lore suggests that Joel Sweeney often stayed with his cousin, Charles Sweeney, when he returned from his minstrel tours in the 1850s. Through music, Joel Sweeney facilitated cultural fusion among black and white people years before emancipation. He took traditional music of the enslaved people of Appomattox to a broader white and even international audience. Sources also indicated that the Confederate Cavalry Commander Maj. General Fitzhugh Lee (nephew of Robert E. Lee) made his headquarters at the Sweeney home on the night of April 8, prior to the final battle and surrender.”

The foundation hired contractors who are currently re-roofing the cabin. “Funds will also be used for exterior work including re-glazing the windows, washing, re-coating the chimney, repairing the front door sill and replacing siding.”

According to park superintendent Robin Snyder, “The foundation provides outstanding support to the park for a variety of programs and projects. The restoration of the Sweeney Cabin will allow us to preserve a critical resource in the park and to share the broader stories of the park including the rich history of the Sweeney family.”

Foundation President Sue Cochrane added, “The foundation is thrilled to be able to fund the restoration of this historically significant building at the park. Opening the Sweeney Cabin to the public will help tell a more complete story of Appomattox.”

To learn more about the Appomattox 1865 Foundation, visit www.appomattox1865foundation.org or visit their Facebook page.