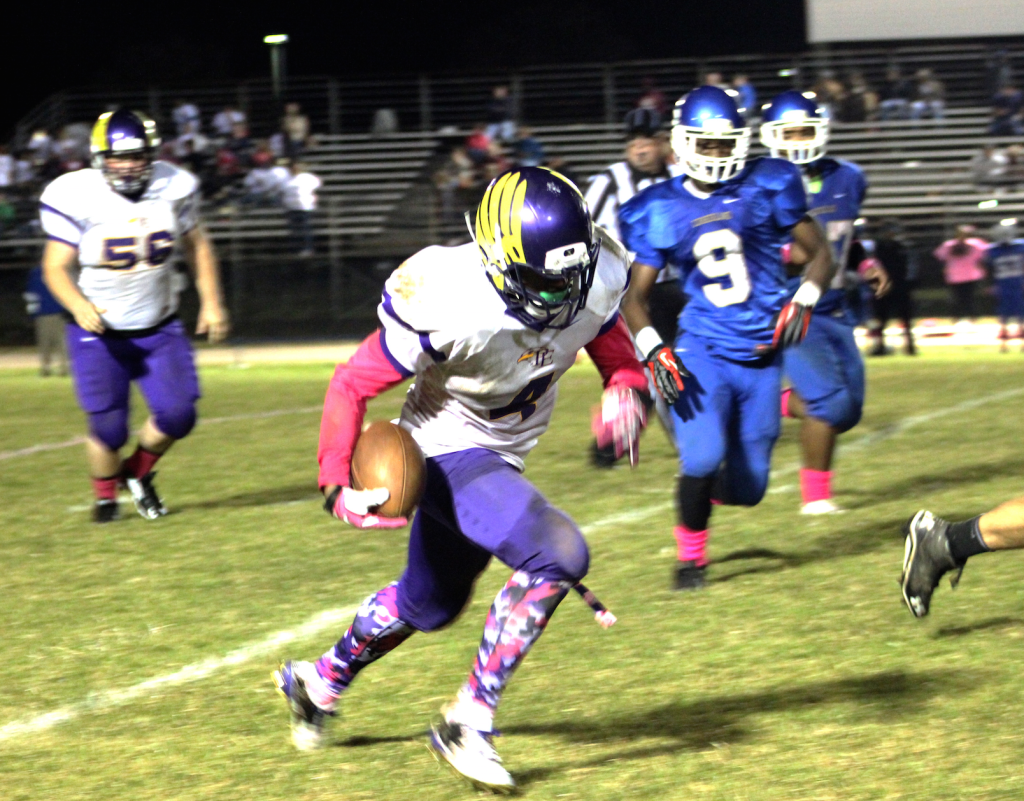 Describing what prompted his departure from Bridgewater, Bigelow said, “It was just some personal problems that I had to come back and help out with.”

He returned to Farmville to attend to those matters, and for the fall semester, he attended Southside Virginia Community College (SVCC).

Bigelow’s mother, Tina Bigelow, noted that once her son decided to resume his goal of playing college football, they visited Averett a couple of times before the spring semester.

“I’ve always pushed him to go forward anyway, regardless, but he really, really loves football, and the place that he’s at now, he feels more combined with that team,” she said. “We just fell in love with the school and the players, and he felt like he could get more accomplished there.”

Bigelow expressed excitement at having another opportunity to play at the next level at Averett.

“It means everything,” he said. “I’m just trying to make it to the pros, so this chance, I’m just going to go as hard as I can.”

His father, John Robertson, noted that he will bring a lot to the Cougars.

“He’s pretty much one of the best running backs I’ve done seen personally, not just because he’s my son,” he said. “If anybody’s seen him run, you would know what I’m talking about.”

Bigelow put up staggering numbers in his senior season as a running back at Prince Edward, setting the school’s season (2,236 yards) and career (4,240) marks for rushing yardage, while breaking the school record for touchdowns in a season with 32.

“At Averett, he will be a dynamic playmaker with breakaway ability,” Ford said. “I’m proud of him and know he will do great things for my alma mater.”

Bigelow expects to play running back and be part of the kick return team, and he has been participating in team workouts for the past several weeks.

He said he is majoring in physical education and health and had a 3.0 grade point average in his semester at SVCC.

Bigelow will be a sophomore in the fall, but he said he is still talking with coaches to figure out whether he might still have four years of college football playing eligibility, since he has not played at all as a freshman.

“I can’t wait to see him play on the next level,” Robertson said, noting that he started seeing the potential his son had when he was in sixth grade.

Tina Bigelow already has an upcoming Averett game she is getting particularly excited about.

“I’m really looking forward to when he comes home to Farmville and plays Hampden-Sydney (College), because I know he has a lot of supporters here in Farmville,” she said.