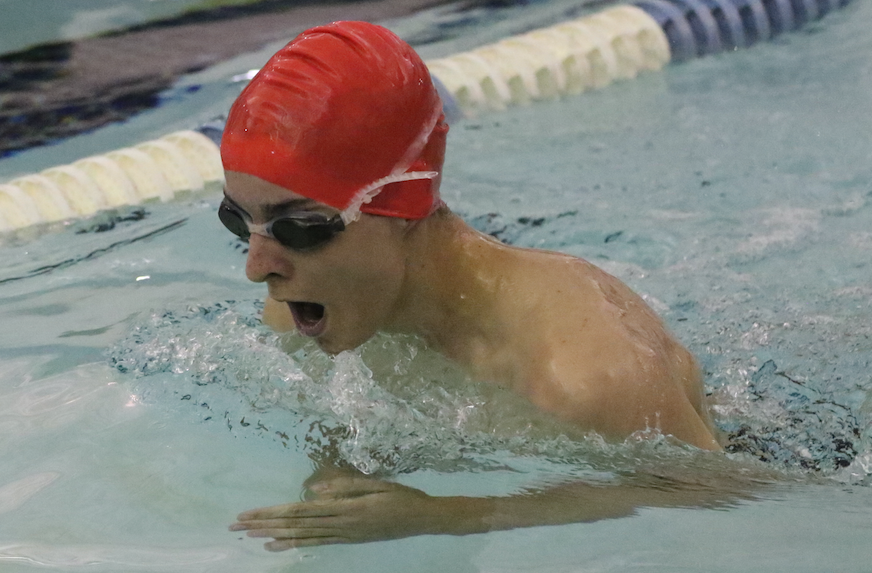 Prince Edward County High School’s swimming program will be represented at the Virginia High School League (VHSL) Group 2A state swimming championships by three relay teams and two individual swimmers based on their performances in the Region 2A East meet Saturday at the Wakefield Aquatics Center in Arlington.

“Their 1:57 was their fastest time for the season,” Fulcher said. “They took 10 seconds off their seed time.”

Individually, Stimpert placed fifth in the boys 100-yard backstroke, finishing with a time of 1:02.15, a personal record this season.

“He feels like he can actually do better between now and states,” Fulcher said. “So, we’re just going to have to buckle down and work for the next week and see if we can cut off another second or two.”

Freshman Renee Stimpert claimed sixth in the girls 100-yard backstroke with a personal-best season time of 1:07.53.

“I’m hoping that in the next week, again, we can get another second or two off so that she’s competitive at the state level,” Fulcher said. “It’s going to be exciting just to have them go, but you also want the kids that can go to be competitive versus the other 2A schools.”

Carolus took 11th in the boys 100-yard breaststroke, finishing with a 1:16.08 time, missing states by two seconds, but nevertheless, producing his fastest time of the season.

The VHSL Group 2A state swimming championships will be held Wednesday, Feb. 15, at Christiansburg Aquatic Center.