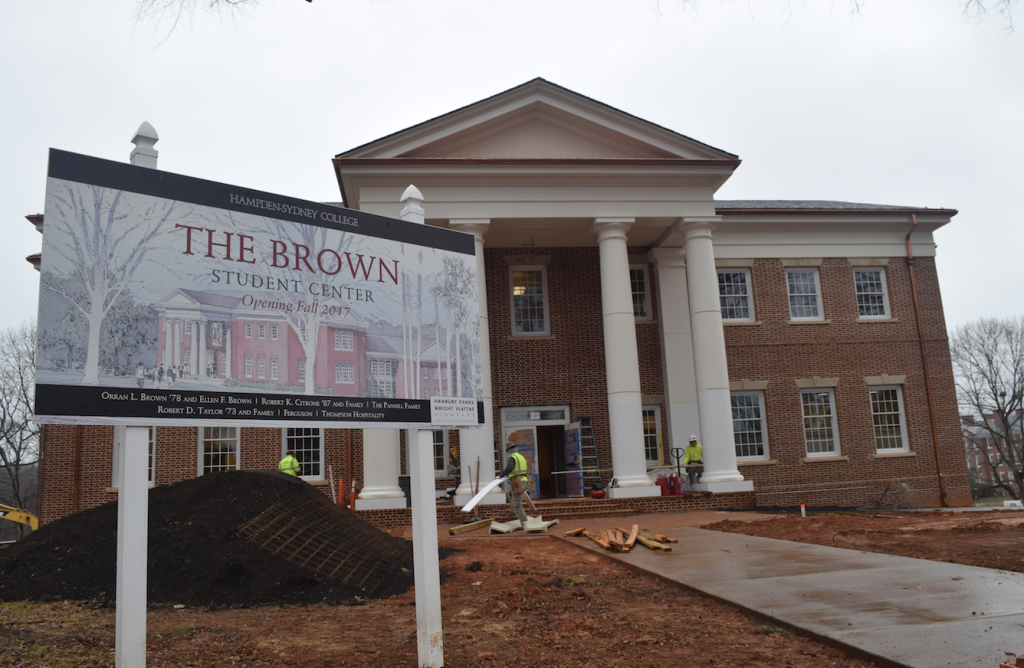 A new building and one under renovation will provide better access and more resources for students at Hampden-Sydney College (H-SC).

According to Gordon Neal, the college’s director of communications and marketing, H-SC is in the process of building a new $11 million student center.

In addition, the college is renovating its Fine Arts Center located directly across from the new student center.

The renovation project is projected to cost $4.7 million.

“The Fine Arts Center, formerly named Winston Hall, is undergoing a complete interior renovation, which will provide significant improvements to studio, laboratory and instruction spaces, including replacing and improving building systems,” Neal said. “The building will be named Brinkley Hall upon completion and will house the Joe Viar and Bonnie Christ Center for the Arts.”

Renovations began just after commencement last year, according to the school’s website. Construction is expected to be completed in March.

The Brown Student Center will bring a centralized space for the campus’ student activities and services, according to the college.

The H-SC Board of Trustees approved the construction of the facility in 2012. Hanbury Evans Wright Vlattas submitted their design and was chosen to lead the project.

The school broke ground on the building on Feb. 6, 2016, and is scheduled to open in August.

According to the college, the 27,000-square-foot building honors Anne and Ryland Brown, of Forest. A major donation was given from Orran L. Brown ‘78 and Ellen F. Brown honoring his parents “who championed education within their family and throughout their extended community.”