Two 26-year-old women were charged early Sunday in connection with a reported burglary and breaking and entering in the 100 block of Callaway Lane in Farmville that allegedly took place Saturday.

Tyneka Shanay Sprague, of Chesapeake, and Shaquinta Skyy Adkins, of Prospect, were arrested following the incident, according to police. 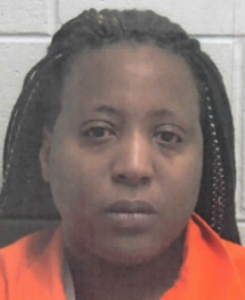 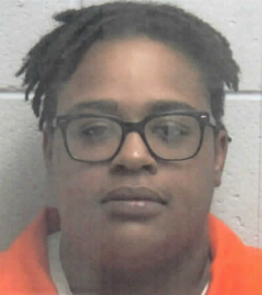 According to Farmville Police Department Capt. W.H. “Bill” Hogan, police responded to a reported vandalism at approximately 9:36 p.m. Saturday, which would lead to the break-in charges against the two women.

Hogan said police met with the victim who alleged that two individuals, both known to the victim, forced entry into the home occupied by the victim.

The victim alleged the three got into an argument, and Sprague and Adkins destroyed two televisions and a PlayStation 4 gaming system.

“The victim further alleged that one of the suspects possessed a handgun during the confrontation,” Hogan said.

No injuries were reported during the incident, which Hogan said appears to have been the result of an ongoing feud between members of the victim’s family and the suspects.

The two women were located and taken into custody without incident in the 800 block of Vernon Street about an hour after the incident was first reported.

“Upon hearing testimony from the investigating officer and the victim, a magistrate found probable cause to issue multiple warrants on Sprague and Adkins,” Hogan said.

The Prince Edward General District Court will consider Sprague’s charges on March 27 at 9 a.m. during a hearing. A court date for Adkins’ has not been listed on the court’s website.