A Longwood alumna has committed $1 million to Longwood to establish an early childhood development center at the university, which will open this year.

According to a press release from university, the gift is from Dr. Jane Richardson Taylor, who graduated in 1971 from Longwood. 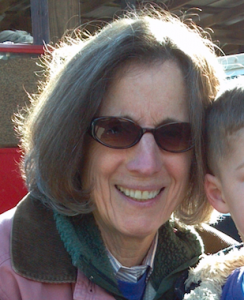 The Andy Taylor Center for Early Childhood Development — named after Jane’s son who died when he was 13 months old — will open at 211 Fourth St. in the fall.

“When you work with little ones, it’s like you’ve gone to heaven. Every one of them is eager and excited about learning,” said Taylor, who’s served as a preschool teacher and middle and high school administrator. “There is a critical need for well-educated early childhood teachers — I see it every day in my preschool. Children this age deserve someone who has been trained specifically in this area because their minds are such little sponges.”

Taylor, after two decades as a school administrator, taught preschool at St. John the Apostle Catholic Church in Leesburg, according to the release.

“Most people who start something like this aren’t bolstered from the beginning by a major financial gift that will support the program far into the future,” said Dr. Sara Miller, the director and visionary behind the early childhood development center, who also serves as an assistant professor of education. “To have someone who believes so fully in our vision for this center support us so completely gives us great energy and momentum as we move toward launch. Dr. Taylor is an inspiration to all of us who have worked on this project, and her interest and support will have a significant impact on generations of children.”

According to the release, the center will provide a “cutting-edge early childhood education to children of Longwood faculty and staff as well as community members not affiliated with the university. The center will employ the Reggio Emilia method of instruction, which encourages children to explore their environment and express themselves in a variety of ways, including through art, drama, dance and sculpture. The program is rooted in the principles of respect, responsibility and community. In the coming years, it will also become a valuable resource as a place where students in a developing early childhood education degree program can gain experience and conduct research.”

The center will act as a key piece to Longwood’s Early Childhood Development Initiative, which, according to the release, in 2016 established free training sessions for regional child care providers to support the growing childcare industry.

Taylor, the daughter of a U.S. Naval officer, spent much of her childhood and adolescence in Virginia Beach.

“I wanted to become a teacher, and there was no college with a better reputation for future teachers than Longwood,” Taylor said in the release. “The campus remained a special place for me through the years. It provided the foundation for my professional life and gave me the tools to thrive. In my career, I’ve worked with a lot of teachers, and Longwood continues to train some of the best.”

Taylor earned a Master’s Degree and Doctorate from the University of Virginia before beginning her career in Loudoun County.

“Dr. Taylor is an inspiration and fine example to all Longwood alums who support their alma mater,” said Jill Manning, Longwood’s leadership gift officer. “Her gift brings her passion for teaching full circle and will provide foundational support for generations of students like her.”