The Prospect Volunteer Fire Department held its annual holiday dinner Sunday at the fire station with Ben Murdock and his helpers preparing the meal.

The installation of officers for the fire department, as well as for the auxiliary, was held.

Captain Chandon Beiler, upon being installed, was pinned with his bars, stripes and badge by his wife and children.

The Fireman of the Year was voted on by the firemen. This year, the honor went to Al Mason.

Mr. and Mrs. Jeff Smith and their grandson, Charles Smith, had dinner Saturday at Ruby Tuesday. On Sunday, Charles celebrated his 18th birthday with his family and friends.

On Sunday, Mrs. Flora Bolt enjoyed being back at church after the bad weather the week before. Following church services, she had lunch with Mrs. Judy Bolt, Chris Bolt and Alexa Moser.

The Rev. Buddy Woodson will be with the members of Appomattox P.E. Presbyterian Church at Tuggle. They invite everyone to worship with them each Sunday.

The membership of Davis Memorial Presbyterian Church, at Prospect, invite everyone to come and worship with them every Sunday; Sunday school is at 10 a.m. with Worship at 11a.m. The Rev. Caitlin Hoy will be at Davis Memorial on Sunday.

Calvary Chapel-Farmville invites everyone to worship with them on Sunday mornings at 10:30 a.m. They invite you to join them each week on Wednesday evening for Bible Study for all age groups at 7 p.m. The church is located at 302 Industrial Park Road, in the former Stackpole-Carbone building.

Margaret Stockton is the Tuggle News columnist. If you would like to contribute something to the news, call (434) 392-6431 or email to mom@moonstar.com. 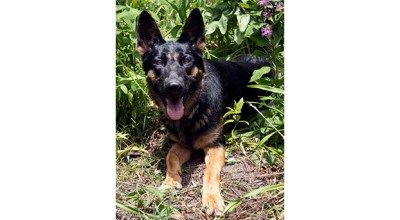