What happened to the Greyhound bus stop in Farmville? Is anything being done to re-establish one?

Officials in Prince Edward and Farmville are uniting to address the need and possible reinstatement of a Greyhound bus stop in town.

A committee, made up of Prince Edward supervisors and Farmville town council members, will meet soon to discuss the potential of having a stop.

“If the customer demand for ridership increases, we may look into exploring a location,” Morrison said. “Currently there is low demand.”

According to Morrison, the cost of opening a new location varies by multiple factors including location and type of facility. 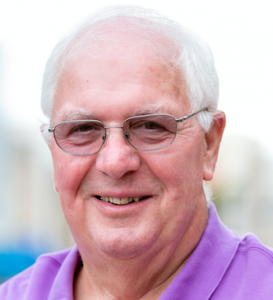 “I think the only thing we can do is try and encourage Greyhound to work with somebody in the community to house a bus stop,” said Town Manager Gerald Spates. “There’s a lot of pros and cons to having a bus stop in town.”

He said “it’s been hard in the last few years … to find somebody willing to do it. I don’t think (Greyhound) pay(s) them much,” Spates said.

“When determining a location, we look for locations that will be convenient for our customers and operations, as well as easy access to a highway,” Morrison said.

“It’s had its ups and downs over the last few years,” Spates said of ridership at the now-closed bus stop. “And the biggest thing is you only get a percentage of whatever tickets they sell, and plus provide restrooms for the people.”

According to Spates, who’s been town manager since 1975, Greyhound has had a stop in town as long as he’s been in his position.

“I don’t know how many people ride the bus … I think that any service that you can provide is an asset,” he said.

According to Prince Edward County Administrator Wade Bartlett, supervisors have appointed a committee consisting of two supervisors and a citizen, Bemeche’ Hicks “to research what it would require to convince Greyhound to once again offer bus service in Farmville/Prince Edward.”

Two council members will also join the committee, along with Spates.

According to Bartlett, the committee is “also to research the possibility of expanding taxi services for the citizens.”