Groups labor for the community 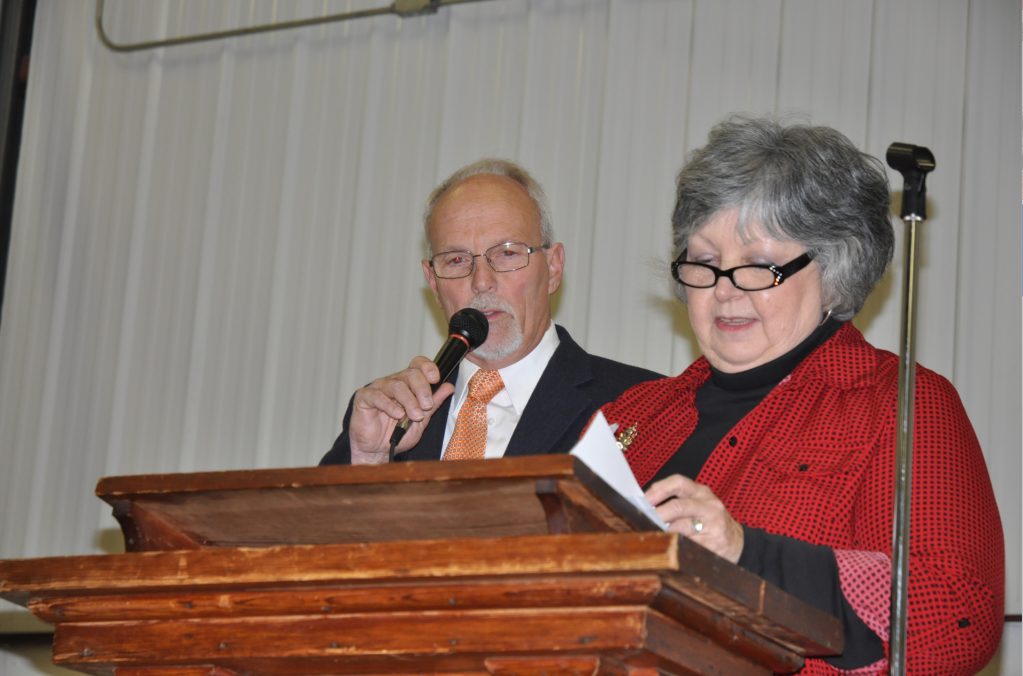 During the Buckingham County Chamber of Commerce’s annual awards banquet, held at the Dillwyn Fire House on Monday, Historic Buckingham Inc. (HBI) President Martha Pennington Louis announced that the “Vino in the Village,” a joint project and wine festival organized by the two groups, netted $4,000 in admission revenue. The event was a fundraiser for HBI, one that brought in much-needed funds for its bathroom project. During the announcement, HBI presented the chamber with its half of the proceeds from the event, to which the chamber graciously donated the $2,000 back to HBI for its bathroom project. We commend both groups and their leadership for their generosity in making Buckingham a better place for all who live, work and play there. Pictured with Louis is Chamber President Eddie Slagle. (Send “Way to Go” photos with names and a description to waytogo@FarmvilleHerald.com).