A look through Goin’s lens 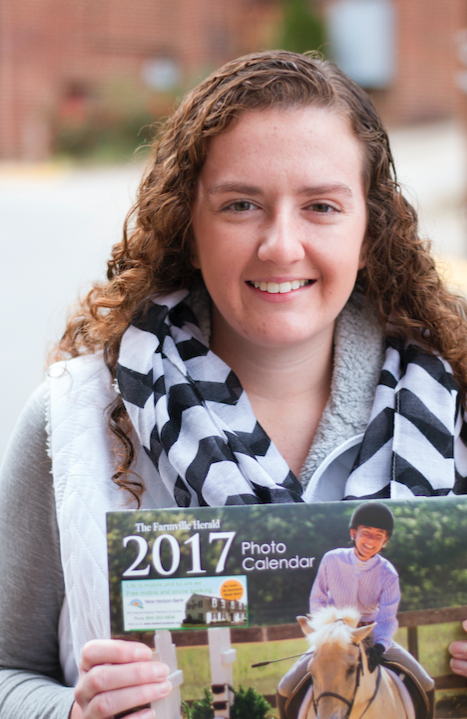 The winner of the 2017 Farmville Herald Photo Calendar Contest has had an eye for photography for as long as she can remember.

Prospect resident Megan Goin grew up taking photos of the people and things she loves.

The 16-year-old said she can’t remember a time when she didn’t enjoy photography. “I’ve always liked it,” she said.

Last year, Goin received her first camera. Since then, she’s been taking pictures of anything from cows to barrel racing to shooting sports. 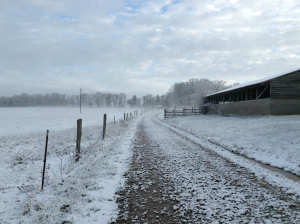 MEGAN GOIN
Goin captured this photo of a snowy lane.

In fact, two of the winning photos in this year’s calendar depict such scenes.

In one, Goin photographed her friend, Lindsay Quick, winning a horse show. The photograph was chosen for the cover of the calendar.

Goin described the process of taking the picture, “I was at my friend’s horse show and I had a feeling that she was going to win, so I had my camera ready waiting for the smile.”

Goin was ready, and right as her friend smiled, she snapped the photo.

Though Goin was hoping she might be chosen for the contest, she couldn’t believe it when she found out two of her photographs had been selected for the calendar — one inside and one on the cover.

In her second winning picture, Goin said she was trying to get a photo of her brother shooting a moving target with a shotgun.

She clicked the shutter at the right time to capture the target shattering to pieces.

Goin said her parents are big supporters of her photography. In fact, it was her father, Dewitt Goin, who encouraged her to submit photographs for consideration in the contest.

“My dad says I have a good eye for stuff,” Goin said.

Goin is the middle child between her younger sister and an older brother. 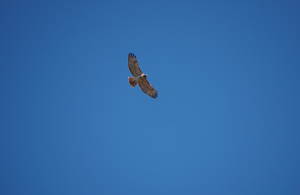 MEGAN GOIN
“During the summer, I like to go walk around the woods and see what I can take a picture of,” Goin said. “It’s just enjoyable to me.”

“I’ve been homeschooled since I was in fourth grade,” Goin explained, noting that she’s in 11th grade.

Though she doesn’t take formal photography lessons, she still manages to find time to take pictures for fun.

“During the summer, I like to go walk around the woods and see what I can take a picture of,” she said. “It’s just enjoyable to me.”

Even if she doesn’t end up being a career photographer, one day, she’d like to have it as a side job, at least.

Her mom, Stacey Goin, said, “She’s a farm girl at heart.” Megan agreed, noting she loves to target shoot with shotguns and barrel race for fun.

“I really love the shotgun,” she said. “It’s more fun than just the stationary targets, because those fly.”

She’s been in the club since she was 10-years-old.

Last year, Goin became a 4-H Shooting Sports Ambassador for the state of Virginia. She’s in the midst of a two-year term.

“As ambassadors, we run award shows for various shooting competitions, we participate in team building exercises and programs, and we promote the 4H shooting sports for our state,” Goin explained.

She said she looks forward to continuing to photograph and participating in more photography contests in the future. 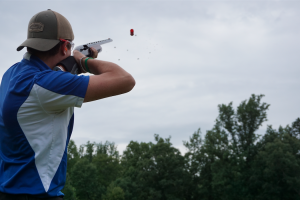 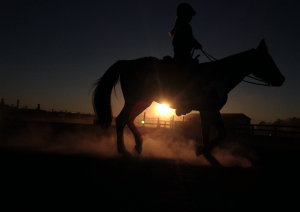 MEGAN GOIN
A horse gallops along a ring in the sunset.