In a landslide victory, Lynchburg Republican Mark Peake was elected to represent District 22 in the state Senate on Tuesday.

The special election to fill the unexpired term of Republican U.S. Rep. Tom Garrett, who was elected to Congress in November, resulted in short campaigns for the candidates as Virginia Gov. Terry McAuliffe set the special election in December.

Peake garnered 53 percent of votes cast, while Democrat Ryant Washington, of Fluvanna, took 40 percent. Joe Hines, of Rice, who ran as an independent conservative, took a little more than 7 percent.

“Right now, I am overwhelmed. It has been a very busy month since the convention,” Peake said. “I am honored, thrilled and terrified of all the responsibilities I have now. I look forward to representing all of the people of the 22nd District.”

Peake said he’d been running “for quite a long time under the assumption that … Garrett would get the nomination and win the congressional race. But, it was all really fast from the time he won the race to the convention.”

While Peake carried Buckingham and Cumberland counties, Washington took Prince Edward. In The Herald’s coverage area, the majority of Hines’ support came from Prince Edward County, where he garnered 32 percent, or 857 votes. Hines came in second to Washington’s 1,046 votes in the county.

“I congratulate … Peake on his victory,” Hines said late Tuesday. “He pursued this seat with vigor, and his tireless efforts have been rewarded. I also congratulate … Washington on a hard-fought campaign.”

Hines said it was an honor to be part of the short race, and considered himself “blessed to have met so many incredible people. The 22nd District is full of wonderful, God-fearing and hardworking citizens. I am honored to have advocated for them in this campaign.”

Hines, in his statement, called on “all of those great people to unite behind … Peake, to help him, and, yes, hold him accountable as he works to solve the problems facing our district.” 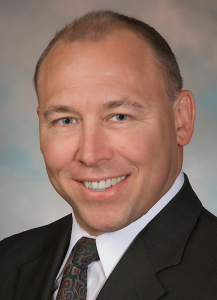 “This was a short time … we had about 30 days (to campaign),” Washington said. “I feel grateful and honored that we were able to put together such an outpouring amount of support within a very short timeframe. I think that surprised folks.”

Washington said he ran a hard, good race “and got our voice out there.”

Voter turnout was low across the area: 24 percent of all voters in Buckingham and 20 percent in Prince Edward, while Cumberland’s was 20 percent.