Hampden-Sydney College’s men’s basketball team is hoping to rebound from its three-game Old Dominion Athletic Conference (ODAC) losing streak as it prepares to play at Lynchburg College on Wednesday at 7 p.m.

The Tigers won their first ODAC game this season and have dropped their last three by four, two and six points, respectively.

In its most recent game Saturday, Hampden-Sydney held a 15-point second half lead, but visiting Eastern Mennonite University came back to claim a 74-68 victory.

Junior wing Jerome Jones connected on a 3-pointer with five minutes to play to give the Royals their first lead of the second half at 65-64. With two minutes and 24 seconds remaining, he converted a fallaway 3-pointer from the sideline at the shot clock buzzer to put the Royals up by five, 69-64, and they closed out the game at the free throw line from there.

The Tigers scored 20 points in the first six minutes of the second half but managed only 12 points in the last 14 minutes. The Royals outscored Hampden-Sydney 33-12 in that latter stretch.

Both teams shot 45 percent for the game, but the Royals went 10-of-24 on three pointers compared to 7-of-22 for Hampden-Sydney.

Eastern Mennonite had a big advantage at the foul line, making 20 of its 28 attempts while Hampden-Sydney made only 13 of 24.

The Tigers held a 26-16 advantage in points in the paint.

The Tigers (6-9, 2-4 ODAC) begin a 2-game road trip Wednesday at Lynchburg, with the Hornets (9-6, 3-3) looking to rebound from their own Saturday loss, a 92-79 defeat at the hands of host Virginia Wesleyan College. 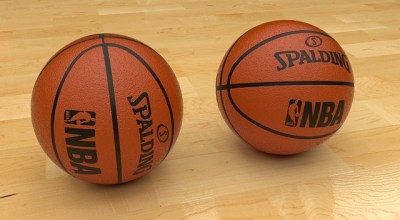