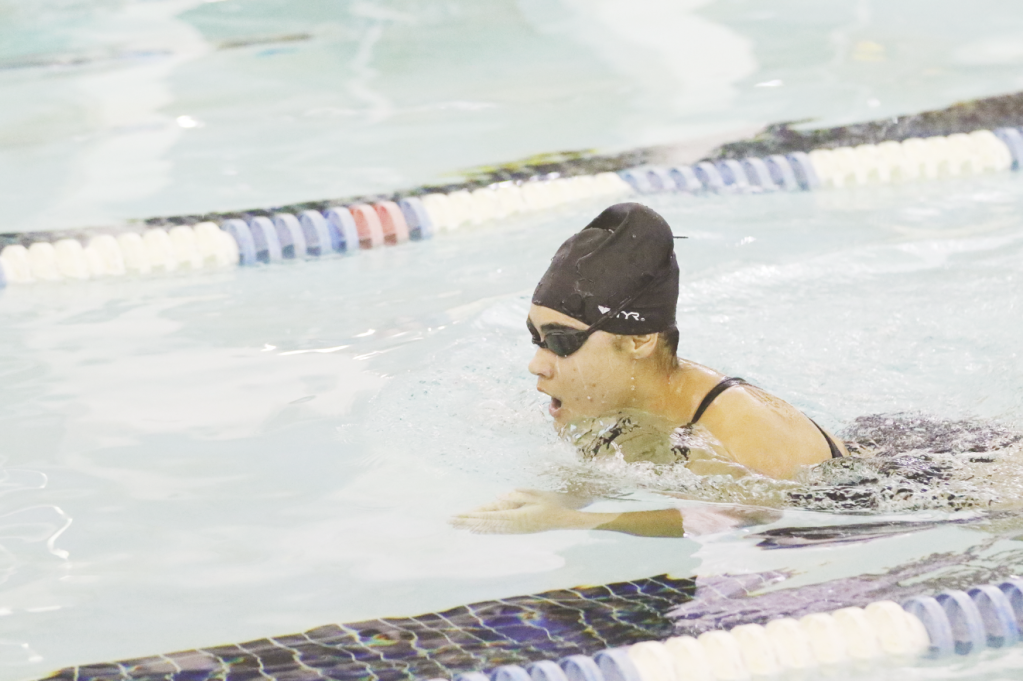 “I think for us to be rebuilding this year after the graduation hit, I feel like we ended on a very high note,” Prince Edward Head Coach Sarah Fulcher said. “Our kids swam their fastest times in just about everything they swam on that meet on Friday.”

In addition to swimming to beat their former times, the Eagles swam against Goochland High School and Nandua High School on Friday at the Southside Virginia Family YMCA.

Because Goochland is the only other school in Quad River Conference 34 to have a swimming program aside from Prince Edward, there will be no conference meet.

Prince Edward will compete in the Region 2A East meet Saturday, Feb. 4, at the Wakefield Aquatics Center in Arlington.

The Eagles used their last regular season meet to establish momentum, some for regionals and some for next season.

“Right now, they’re close to the time that won for the state last year,” Fulcher said.

Even closer to the respective state-winning time from last year in its event is Prince Edward’s girls 200-yard medley relay team.

Freshman Timara Smith also produced a highlight at the meet, getting to see a key product of her hard work.

“She was brand new to swimming when she came to us and has worked all season, and she was able to complete the 500-yard freestyle,” Fulcher said. “That’s the longest race we offer, and she completed it in under 10 minutes.”

Her time of 9:48 may not make waves at the regional or state levels, but it showed her growth and sets her up well for the future.

Prince Edward will be sending 12 swimmers to the regional meet, seven boys and five girls. While none of them have produced state-qualifying times yet, they will have the opportunity to make it to states by placement at regionals.

The top 10 swimmers in individual events at regionals will move on to states, as well as the top eight teams in relay events, and Fulcher expects to see quite a few Prince Edward swimmers advance.

The boys team will be competing in three different relays. In addition to the 200 medley relay, Prince Edward will participate in the boys 200-yard freestyle relay, featuring Burns, Connor Stimpert, Weese and senior Henry Lutz.

In the days leading up to the Feb. 4 regionals, Eagles swimmers will be far from idle.

“We’re going to push them at practice harder than we ever have, working on breathing exercises,” Fulcher said. “We are going to try to extend the length of practice a little bit, working on endurance, and those are probably the two biggest things that we’re going to do getting ready for regionals.”