Former Prince Edward County Commissioner of the Revenue Wyatt Lee Overton, 76, of Farmville, is being remembered as a man who had a big heart who loved his family.

Overton, who served as commissioner for 20 years, died Saturday. 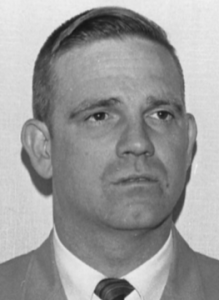 Friends and family remember Overton — whose brothers and other family members served in elected and appointed capacities in Farmville and Prince Edward — as a kind man and a hard worker, dedicated to his position as commissioner.

Overton’s son, James, said as a father and a family figure, “Wyatt Lee,” as he was affectionately known, was loyal and giving. James said he was also loyal to the community.

James said he thinks his father will be remembered most for his honesty.

“He didn’t cut corners, he’d let you know what the facts were, and people really respected him for that,” James said. “He was a man of his word; if he told you something he was going to do, it was going to get done.”

Current commissioner of the revenue Beverly Booth worked with Overton since February 1992. Booth said he was a dedicated commissioner and father.

“To be a good commissioner you have to be dedicated, and he was; he rarely took a vacation,” Booth said. “At the same time, I knew how much his family meant to him.”

According to his obituary, Overton is survived by his wife of 57 years, Linda Guill Overton; his children, Wyatt Lee Overton Jr., James A. Overton and Margaret Frances Coleman. Overton also leaves behind six grandchildren and four great-grandchildren, along with siblings, nieces and nephews.
Services will be private.