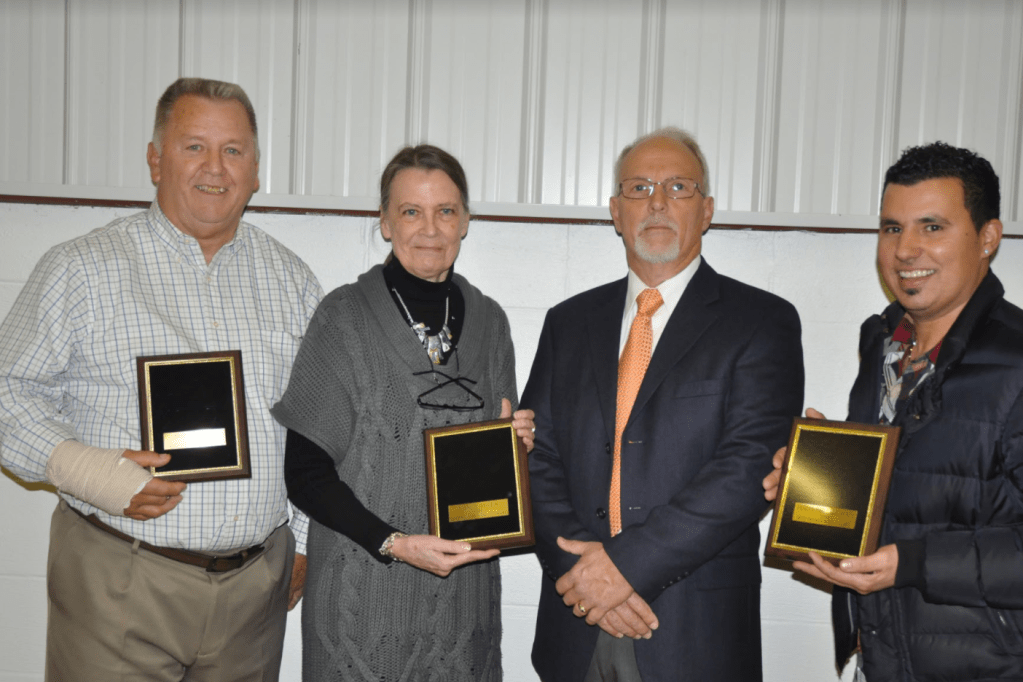 Murphy was named Volunteer of the Year, while Owen was named recipient of the Lifetime Achievement Award. Joe Lentini, who owns and operates Pino’s on U.S. Route 15 in Dillwyn, accepted the Best Business of 2016 Award.

The awards were part of the annual celebration, marking the chamber’s successes in 2016.

Jackie Garrett and her father, Ronald Dunkum, nominated Murphy for his award.

Dunkum, who read the nomination letter, said Murphy, a well-known photographer, was “so focused on the people of the community.”

Dunkum said Murphy was active in his church and known for transporting people to hospitals for appointments, check-ups and treatments for illnesses.

Murphy “makes time for his family and close friends,” Dunkum said, calling him an “active citizen” and a “valuable community member.”

Dunkum highlighted Murphy’s involvement in the community, noting his generosity toward others and his always willing to help those in need.

“You got me by surprise,” Murphy said, accepting his award. “You get more out of life by donating than receiving,” he said.

Murphy, who lost his daughter, Tammy, to cancer several years ago, thanked the chamber for its confidence in him. Years ago, he said he told those who gave to him and his family after his daughter died to continue to give to others who were in need.

“Go help somebody, and you’ll feel the same way I do,” he said.

Moore noted Owen’s organizing food and clothing drives when she worked in the school system, saying the retired teacher always stressed “commitment to others.”

Owen was “adored” by her students, Moore said, calling her volunteerism at Heritage Hall “amazing.”

Owen helps residents at the facility and purchases all the birdseed for the feeders, Moore told the crowd.

She said Owen was “timeless in her loyalty and caring spirit.”

Sallie Mowbray, who nominated Pino’s, began her comments by noting the “amazing renovation of the businesses both inside and out,” adding people planned their days around the restaurant’s schedule.

Noting the contributions the business makes to county non-profit organizations, she said Pino’s “provides a service, which is needed in this area.”