Bartlett’s contract will be renewed

According to Lockett District Supervisor Robert M. “Bobby” Jones, the board’s personnel committee will meet soon to work out the details of Bartlett’s contract, bringing their suggestions to the whole board for discussion. 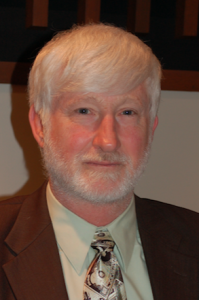 “A vote will be taken as soon as possible to make sure the county continues to operate smoothly,” Jones said.

In addition to Bartlett’s salary, he also receives compensation for vehicle and other expenses at the rate of $400 per month.

“The contract contains an incentive bonus of $10,000 per year for each of the five years less the increases received during each year,” Bartlett said.

The contract will end Feb. 28. Supervisors are expected to make a decision before then.

Bartlett has served as county administrator since July 2007.

During their meeting, supervisors also elected a new chairman and vice chairman for 2017 — using the agreed-to rotation established last year.

The board unanimously named Jones as chairman. He was the planned successor for District 101 Farmville Supervisor Howard F. Simpson, who served as chairman for the last three years. With his new position, Jones rotated from the position of vice chairman.

District 801 Farmville Supervisor Pattie Cooper-Jones was elected vice chairman. She is set to become the chairman next calendar year. 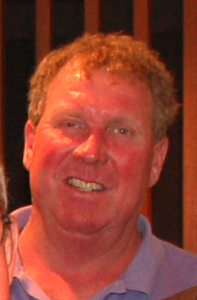 The new process allows each supervisor to serve as the locality’s chief elected official.

Rather than chairman and vice chairman being appointed through a political process using majority vote, they are now named by seniority, according to the rotation. The supervisor who has been on the board the longest serves for one year, and then is replaced by the supervisor with the second-most seniority. The vice chairman position is filled by the second-most senior member.

With the completion of Simpson’s term, his name now goes to the end of the list.

“I appreciate your faith in installing me as chairman,” Jones said.

Cooper-Jones also thanked those who came to the meeting, noting, “I appreciate the board keeping its commitment to following the pattern of how we elect the chair.”

During the public participation and highway matters portions of the meeting, several people voiced complaints about Virginia Department of Transportation (VDOT) actions following the snowfall on Friday and Saturday. 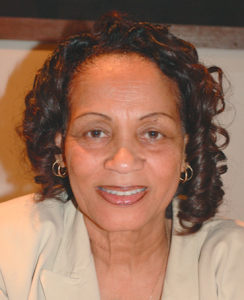 Timmons said over the weekend, “VDOT refused to assist the fire departments with clearing their parking lots or their aprons to get the fire trucks out, causing a potential hazard to our residents.”

He asked that VDOT revisit their position because “it absolutely is absurd.”

At the Darlington Heights Fire Department, a sheet of ice formed that could have been prevented, Timmons said, but instead took 16 people with axes to clear.

“They wouldn’t have been able to get the trucks out if they had a call,” he said.

Hampden District Supervisor Dr. Odessa Pride said she still has not heard anything back from VDOT in response to her request for the speed limit to be lowered on state Route 604, Abilene Road. An answer was initially promised by mid-December.