Reid will remain on school board

Longtime Cumberland County School Board member George Reid Jr. will remain on the board for another four-year term.

Reid’s acceptance follows a write-in vote during the November election, after he had previously decided to retire. 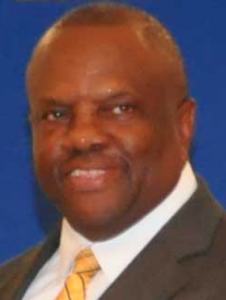 “After meeting with family and friends, I have decided to accept the nomination,” Reid said during Monday’s meeting.

He said he has been on the board 23 years but “hopefully this will be the last time.”

Following Reid’s announcement, Chairman and District 1 Representative Ginger Sanderson said, “I’m very touched and honored to be a part of this team and this family.”

Also during the meeting, the board recognized several groups and individuals for their hard work. Three students were awarded student of the month, three faculty members were recognized and one community member was recognized. Afterward, the Cumberland Middle School Band performed a rendition of Sleigh Ride for the audience.

Following the performance District 5 representative Christine Ross, encouraged parents of band and art students to go to the board of supervisors and speak up for Cumberland County art programs.

“I would love for us to continue to support and expand our program in the arts,” said Ross, noting she wants to see a dance program added to the existing choir, band and theater programs. “Then we’d have all four arts covered.”

During the meeting, Division Superintendent Dr. Amy Griffin encouraged parents in the audience to speak during public comment about what they would like to see in the next year’s budget. Despite her request, there was no public participation during this meeting.

The board unanimously agreed to “adopt the Resolution for Cumberland County Public Schools to Support the Recommendations Introduced at the Coalfields Equity Summit,” according to the agenda.

The resolution asks the Virginia General Assembly to even disparities between localities in the Coalfields school divisions and those in more affluent areas, such as northern Virginia. Because certain counties are unable to raise equivalent funds from local taxation, state funding deductions have a much larger impact on the school systems, Griffin explained.

She said Cumberland has 27 percent of its residents living below the poverty line and the school system is providing free and reduced lunches to 68 percent of its students.

No one on the board stated disapproval of the resolution — first presented during its November meeting.

While discussing school system priorities, Ross said Northern Virginia counties received extra state funding last year and they have more local money, indicating she would like to see the state consider funding Cumberland and other District 8 divisions in a similar manner.

“Funding is such a huge issue,” Sanderson said. “I don’t think we can get cut at all.”