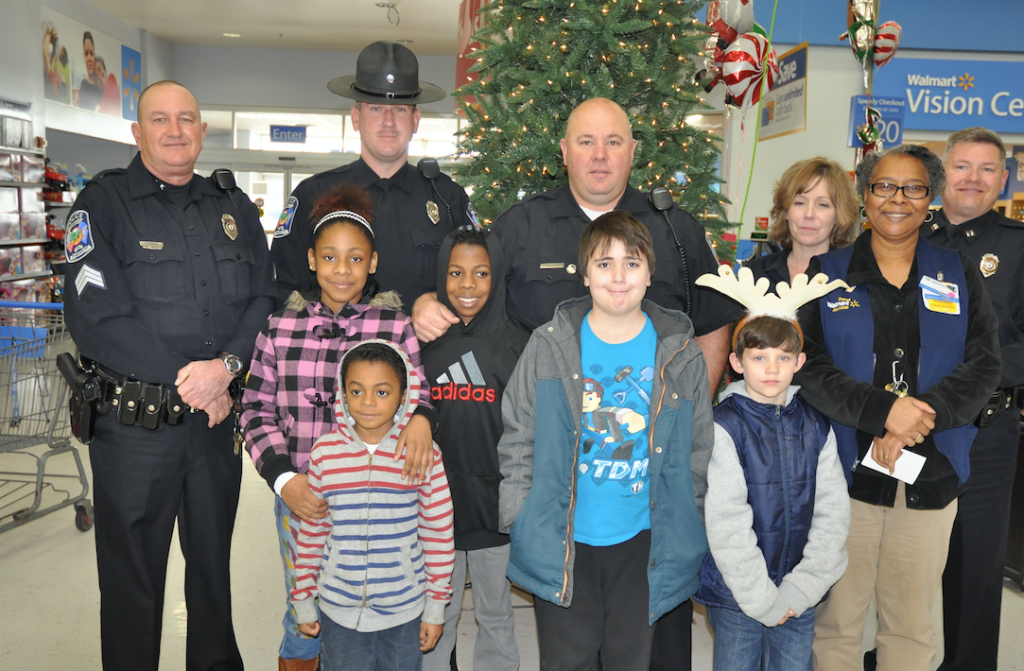 What started with two Farmville Police Department officers putting a little money together to help a couple of children who needed Christmas cheer has flourished into a growing program, backed by support from the Farmville community.

“It started off at like $100 for each child. Then it’s grown over a six-year period … and now we do 10 kids and they get $200 a piece,” Talbott said. “Now it’s community supported — basically businesses and private donors give us money and that’s how we raise funds.”

“Operation Blue Christmas is what puts me in the Christmas spirit,” Ellington said. “To be able to provide Christmas to kids each year is truly a rewarding experience and a blessing. … We are looking to introduce a new program next year that will coincide with Blue Christmas called ‘Stuff the Cruiser.’ That will allow us to raise more funds and gifts for Operation Blue Christmas. We are so blessed to live in a community where there are so many giving individuals and businesses.” 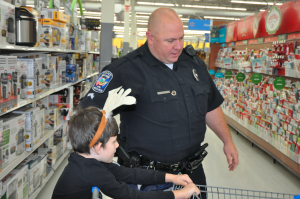 JORDAN MILES | HERALD
Tauren Wynne chats with Cpl. Jason Talbott about what he wants to purchase for his family for Christmas.

Ellington said the department raised a little more money this year than it normally does.

“We’ve put that towards next year. Hopefully, we can do five more kids next year,” he said.

“And they also help us fundraise,” he said. “All these are children … have some type of less than desirable situation, and it ranges from any number of things.”

The purpose of the shopping excursion is not only to get presents under the tree, but to better the relationship between police and the community.

Last year, Talbott said, there was a small girl who “was deathly afraid of the police, because the only interaction she’d ever had was when the police came and took her from her mama … She was taken from her mother for good reason, but that’s what she associated with the police.”

“We were very delicate with her,” Talbott went on, “and we took her shopping. By the end of the day, she was eating lunch with us and stuff; she was just tickled to death. And … she wasn’t afraid of the police anymore.”

It’s a “subsidiary benefit” of the program.

“It truly reinforces the reason I got into police work, which is to help people and to give back,” he said.

Talbott said shopping with the children was just as “touching” to those in uniform as it was to the children. He called the program “very fulfilling and rewarding” for police.

Unbeknownst to Talbott, Wendy Ansley snapped his photo, posting it on Facebook, where it drew more than 1,240 shares and 38 comments.

“These officers were so incredibly patient with the kids, taking time to let each of them order exactly what they wanted,” said Ansley. “Sitting beside the kids at the table and … paying attention to the kids, answering their every question, which rang out one right after another from children with so many curiosities.”

Ansley, who observed Talbott and the children from afar, called the experience “so humbling to see these children enjoying Taco Bell like they just won the lottery.”