Editor’s Note: The long-term impacts of October’s Vice Presidential Debate at Longwood University in Farmville will likely be felt for years, if not decades to come. But what of the short-term impact, especially financially?

Between Sept. 30 and Oct. 4, thousands of journalists, politicians, political observers, VIPs and others arrived in Farmville to witness or participate in some way in 2016’s only Vice Presidential Debate.

Farmville, Prince Edward County and Longwood University officials all said the debate’s impact on the area will be long-lasting. Those impacts, they said, come from the additional name recognition the town and university received from hosting the debate. In addition, Longwood University has developed a new citizenship leadership curriculum and performed major physical upgrades to its campus.

But what of the immediate economic impact the debate may have had in October? Did businesses, for example, enjoy a boost in sales?

One way to determine that is by comparing October’s lodging, meals and sales tax revenues in Farmville and Prince Edward County to the same revenues from a year ago.

The Virginia Department of Taxation deals only with sales taxes, collecting them from merchants and then distributing a portion of the proceeds back to localities. Merchants have until the 20th of the following month — for example, Nov. 20 for October sales — to remit their taxes to the state. The Department of Taxation then distributes the proceeds back to localities by the 15th of the month after that. Therefore, localities will not see October’s proceeds until Dec. 15.

Meals and lodging taxes are handled locally. Farmville has both meals and lodging taxes. As The Herald reported recently, Farmville assesses a 7 percent meals tax on “all food, beverages or both, including alcoholic beverages purchased in or from a food establishment, whether prepared in such food establishment or not, and whether consumed on the premises or not, and without regard to the manner, time or place of service.” 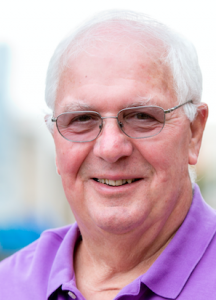 “It’s hard to figure if the (extra) is from the impact of the debate, but I figure it probably did,” Spates said, calling the additional revenue a “good thing.”

Prince Edward County Administrator Wade Bartlett said the county assesses no meals or lodging taxes and will have to wait until at least Dec. 15 to see how October sales tax revenues compared to October 2015.

Farmville Area Chamber of Commerce Executive Director Joy Stump said while she didn’t have any dollar figures to share, businesses experienced a mixed impact from the debate.

“Jennifer Cox, the community liaison for Longwood, John Burton (program manager for the Downtown Farmville Partnership), and Magi Van Eps (tourism coordinator for Prince Edward) and I all talked after the debate,” Stump said. “Most retail businesses stated there was no difference or a dip in sales. Many businesses mentioned that local residents seemed to avoid the town (and downtown) on the days surrounding the debate. Multiple businesses mentioned that the north end of Main Street seemed to be empty.” 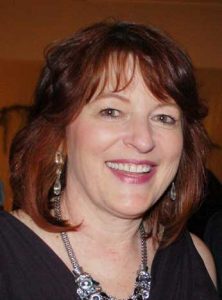 In addition, Stump said businesses reported less foot traffic on the days prior and on the day of the debate, Oct. 4.

“One business stated that the debate created a vacuum for their business for a full week,” she said, adding, however, businesses did notice the increased in media presence in town.

Stump said the day after the debate, Oct. 5, there seemed to be a mixed reaction.

“Some businesses saw their regular customers return; others saw a decrease in foot traffic,” Stump said.

“But, post-debate, some businesses have commented that there has been more traffic and an increase in sales,” Stump said.

Specifically, she related the following stories:

• Some Secret Service members reportedly purchased clothing and other items from the Adventure Store.

• A “VIP” visited Caryn’s to look at dresses.

“Overall, we felt that this debate gave our town and our businesses good exposure and put Farmville ‘on the map,’ Stump said. “When Vice President-elect Mike Pence called Longwood ‘Norwood University,’ we were talked about on the Tonight Show with Jimmy Fallon and Saturday Night Live. The news anchor from Fox News talked about what a wonderful place Farmville is, and there were several articles written about Farmville.”

Van Eps, Stump added, received phone calls from people around the country who planned on coming to visit Farmville.

“We feel that this debate was something that helped define Farmville and would provide long-term benefits,” she said.

And what of Longwood, which transformed Willett Hall into the Debate Hall and its Health & Fitness Center into the Media Center? 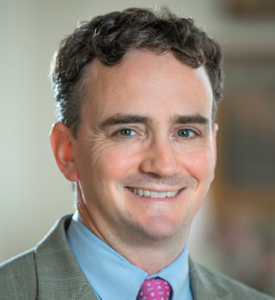 Justin Pope, chief of staff to Longwood University President W. Taylor Reveley IV, said while the school hosted some members of the Presidential Debate Commission and Secret Service, it did not charge them to stay on campus. It did the same for some out-of-town law enforcement personnel, who Pope said were housed at the Weyanoke.

“(It was) a case of good timing as (it was) otherwise unoccupied as it prepared to begin its renovations back into a hotel,” he said.

“We knew last spring that we would not be able to have both buildings finished and ready for student occupancy by the beginning of the academic year in August,” he said. “However, if we focused on getting Register (Hall) finished first, we could open one of the two in time for the year, and Sharp would be done about halfway through the semester — roughly around the time of the debate.”

Pope said the university decided to finish Register first and, when Sharp was done, to make its 26 four-room suites available as a courtesy to the commission and Secret Service staff.

“This enabled some of their staff who were most intensely involved in the preparations a convenient place to stay and generated tremendous gratitude and goodwill,” Pope said.

Once the debate was over, he said, students were moved into Sharp Hall.

“A major source was charges to the media and other organizations that rented or purchased things from us such as stand-up locations, IT equipment and services and furniture,” he said. “We created and ran a substantial operation to meet these requests on short notice, and the revenue from these charge-backs, combined with sponsorships and in-kind contributions from assorted vendors and others who were eager to be a part of this important public service, we have estimated at roughly $1 million.”

In addition, the university maintains a relationship with Barnes & Noble, which operates the university bookstore. Like Prince Edward County and Farmville, Longwood will have to wait — possibly until next year, Pope said — to measure the economic impact that way.

“Certainly, we know the hotels were full and the restaurants busy, many connected by our Debate Hires job fair, so there were some paid employment opportunities,” he said.

Pope said the university has tried to consistently emphasize that “while the short-term economic impact is great,” real benefits will come more in the long run. He said that will happen through the publicity Longwood and Farmville gained and new habits of cooperation that have been built and expanded.

“A perfect example is the new visitfarmville.com website, which we, along with local partners Hampden-Sydney College, the town and Prince Edward County, brought into being in concert with the debate, and which has been a huge success that obviously will have benefits going forward in terms of attracting visitors to town. The numbers on that site have been really great, and I really do think it has been making a difference in getting people to visit here this fall,” Pope said.

Pope said the university used one other measure to gauge the debate’s economic impact.

“We tried to follow pretty precisely established methodology that 2000 and 2012 VP Debate host site Centre College used to calculate the advertising value of hosting — that is, what a comparable amount of publicity would have cost if you had to purchase it as advertising.”

He said Centre estimated the value of its hosting the 2012 debate was $53 million.

“Our estimate running the numbers the same way is at about $83 million — and it continues to grow,” Pope said.