Davis commits to play for VMI 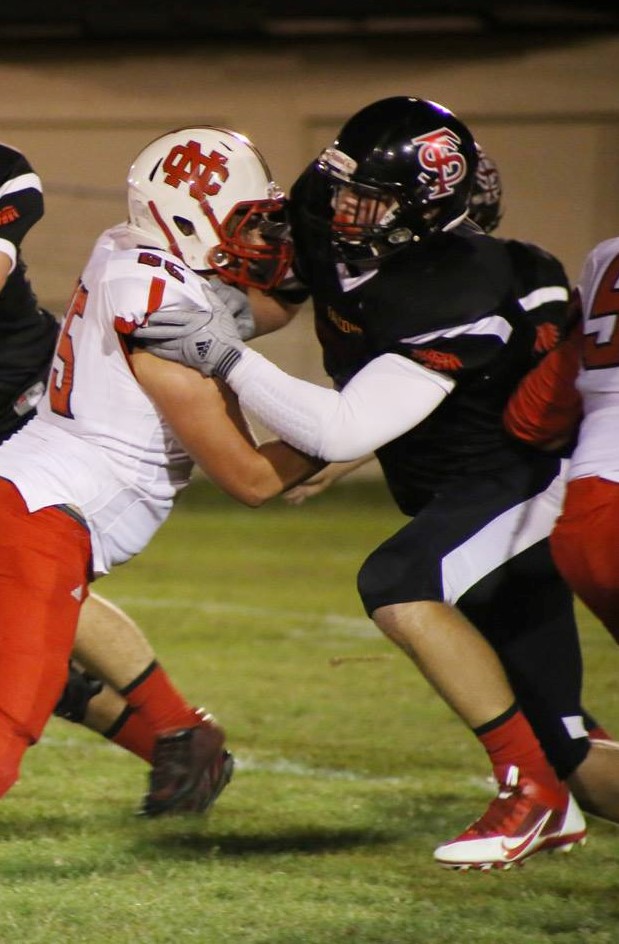 Fuqua School senior offensive/defensive lineman Brad Davis recently committed to play college football for the Virginia Military Institute (VMI), fulfilling a dream to play at the next level that he said he has had since he was little.

“Freshman or sophomore year, I was wondering if I’d even get to play, and now I’m able to play Division I in-state, so it means a whole, whole lot,” he said.

His commitment is the end of a long period of considering different colleges, and the search took him to a wide variety of places.

“We started a process back my 10th-grade year where I would email,” he said. “I’d have a system with spreadsheets and all where I’d search schools and email them. We visited a whole slew of schools from West Point to Coastal Carolina and everywhere in between.”

There were several schools that wanted his services, including NCAA Division II schools and four Division I schools.

In addition to VMI, the other Division I schools included Marist College in New York, Davidson College in North Carolina and Sacred Heart University in Connecticut.

It was an official visit two weekends ago to VMI and his exposure to the school’s presentation process that convinced Davis it was the place for him.

“They’ve just got something really unique that no other school that I’ve seen can offer,” he said. “They haven’t been very good at football in the recent past, but I’ve really gotten a good feel for this coaching staff, and so (has) everyone else around the program.”

“It’s known that VMI has some unbelievable alumni connections, so as soon as I graduate, I’ve got a job,” he said.

His commitment involves a partial athletic scholarship that can become a full one if he earns a starting spot.

“We’re just excited the fact that he’s put so much work into it, and it’s worked out for him,” said Davis’ father, Rick Davis.

Brad Davis will be lending his 6-foot, 5-inch 260-pound frame to the Keydets’ offensive line, with the specific position on the line still unclear.

“They’re thinking tackle, but that’s part of the reason they like me is because they feel like they can play me at any of the five,” Davis said.

“He’s obtained everything he has because of his hard work, dedication and laser-like focus,” Manis said. “He is willing to out-work everyone, every day.”

Finding an ideal school that was in Virginia was a big plus for Davis, who said he knows many from the community will want to come see games.

He credits the Fuqua community of teachers and coaches for helping him reach the NCAA Division I level of football, especially his father, who has been his teacher and his longtime football coach and was also an offensive lineman in college.