A new trial date has been set for a Patterson, N.J., man accused in a February 2015 home invasion case. 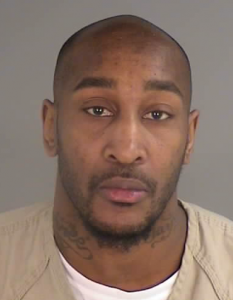 Quashawn J. Boatwright, 31, also of Richmond, will face a Cumberland County jury Jan. 6 in connection with his role in an alleged home invasion on Feb. 18, 2015, on Pine Grove Road near the Powhatan County line. Boatwright is accused of two charges each of abduct by force/intimidation and use of a firearm during a felony, and one charge each of robbery: residence with a gun and armed burglary enter house to rape, rob or murder.

According to accounts at the time, the incident allegedly involved Boatwright and another man enter the home and tying up a woman and her children.

“My understanding is we had a second suspect in mind, but didn’t have enough proof for a charge,” Cumberland County Sheriff Darrell Hodges said Monday morning.

Investigators arrested Boatwright in January. A grand jury indicted him in April.