Prince Edward County is reacting positively to a major rock quarry company’s announcement it plans to move ahead with opening a site in the county netting possibly 12 jobs.

Prince Edward County Administrator Wade Bartlett, who also serves as the county’s economic development director, said the county is pleased with Luck Stone’s announcement Tuesday it will open its latest mine about five miles west of downtown Farmville off U.S. 460. 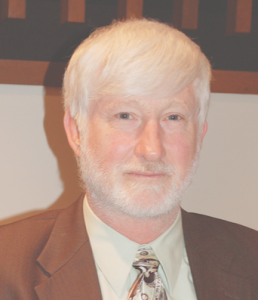 “It will increase the tax base, create jobs and, we’re hoping, generate additional development in the county,” Bartlett said. “It will make it more affordable for construction projects here as they will be able to get their stone locally.”

In their announcement, Luck Stone officials said it would soon begin land development at the site and hopes to open next summer. The 93-year-old company will continue a partnership with Mellott Company, with whom it works at other sites, including one in Burkeville, to produce aggregate product (crushed stone) at the Prince Edward site.

Although not mentioned in Tuesday’s announcement, there were indications the Prince Edward quarry would create about a dozen jobs. Luck Stone Vice President of Operational Support Jim Van Ness said it would likely reach 16 when it the operation meets Burkeville’s level.

Bartlett said the county is “confident” with the process Luck Stone went through to obtain Virginia Department of Mines, Mineral and Energy (DMME) permits in terms of the quarry’s impact on the environment.

“They had to meet stringent requirements from the state. We’re confident there will be limited to no impact environmentally,” Bartlett said.

In fact, he said members of the Prince Edward Board of Supervisors went to Luck Stone’s Burkeville site to see just how “shots” — the use of explosives to break up rock — are done.

“They were afraid of ‘flyrock,’ but the rock just kind of fluffed and flowed down the quarry wall,” Bartlett said.

Farmville Town Manager Gerald Spates said the town supports the quarry, although it had environmental concerns at first, which he said have been addressed.

“We have water rights on the Mottley Lake property, which abuts the quarry,” Spates said, referring to property the town purchased in 2008 in response to a drought, but later sold while retaining the water rights.

“The site has a nice deposit of granite,” Van Ness said.

Van Ness, a Hampden-Sydney College graduated who started as a foreman trainee in March 1994, said he hopes the company’s decision will help develop the U.S. 460 corridor. He also pointed to a project of which Luck Stone is already a part: the Foreign Affairs Security Training Center (FASTC) at and adjacent to Fort Pickett in Blackstone not far from its Burkeville mine. He said FASTC construction recently completed Phase I.

“We’ve been contributing materials, and Phase II starts in 2017,” he said.

“It’s part of our 2020 vision plan. This means growth for our employees,” Van Ness said. “Our customers are happy because we’re putting another quarry into the market in the Farmville area.”

Van Ness said the company has a total of 16 quarries — 15 in Virginia and one in North Carolina — and four distribution yards in the Williamsburg and Hampton Roads areas.

The United States District Court for the Eastern District of Virginia sentenced the stepfather of a Longwood University student found... read more