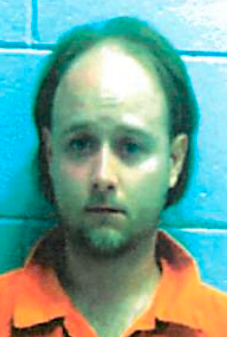 A trial date of Dec. 12 is now set for Kelly Daniel Bass, 26, of Cumberland, accused earlier this year of sexually assaulting an 8-year-old girl.

The Cumberland County Sheriff’s Office (CCSO) arrested Bass on March 17 and initially charged him with object sexual penetration of a child. His arrest arose from a complaint filed by the girl’s mother claiming Bass had fondled her daughter. Neither the victim nor her mother lives in Cumberland County; the alleged act took place while they were visiting in the county.

At the time, CCSO Capt. Dennis Ownby said Bass and the victim are related. Ownby said deputies executed a search warrant at Bass’ home on Horsepen Road. Deputies then arrested Bass and transported him to Piedmont Regional Jail without bond.

Further investigation led to Bass being additionally charged with two counts of forcible sodomy; and one count each of aggravated sexual battery, indecent liberties with a child by parent or custodian and producing, distributing or financing child pornography.

“It came with further investigation,” Cumberland County Sheriff Darrell Hodges said of the additional charges in early April. “They did find items … when we received evidence once it was gone through. I think that’s when they found the evidence from the lab to help warrant the new charges.”

The online court records indicate a hearing will take place Monday to deal with pretrial motions. The Dec. 12 trial is set for 9:30 a.m.

The Cumberland Christmas Mother committee has planned several fundraisers and events for the upcoming Christmas season. The organization partners with... read more