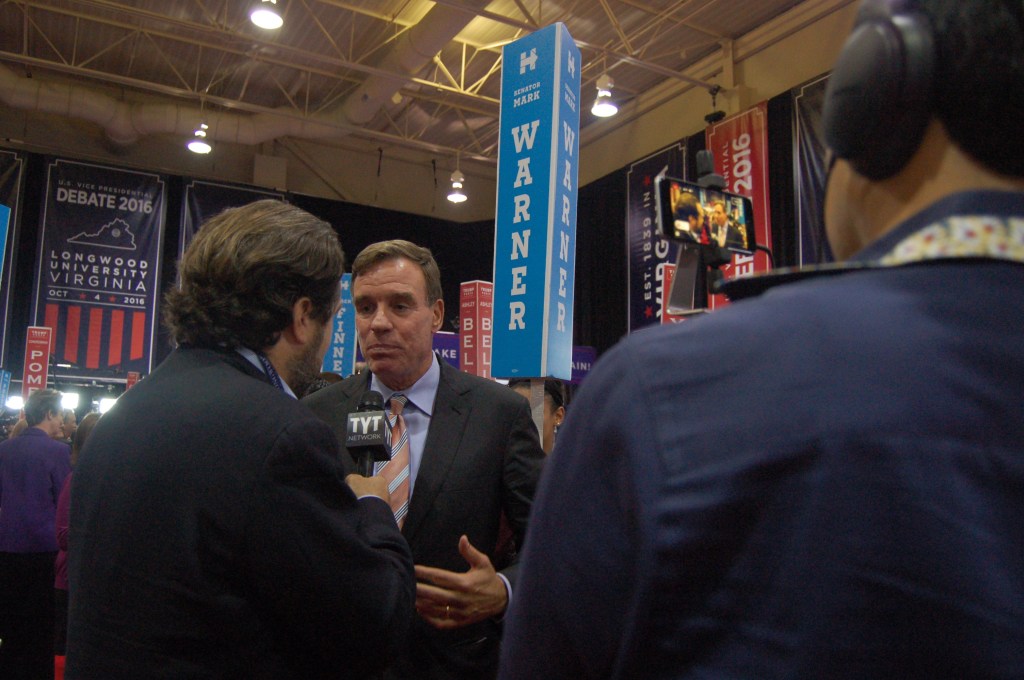 Reporters conducted one-on-one interviews, but also ended up in groups as representatives and others speaking on behalf of the candidates talked about how they believed their candidate fared. These spokespeople used placards similar to those used at party conventions to indicate who they were. 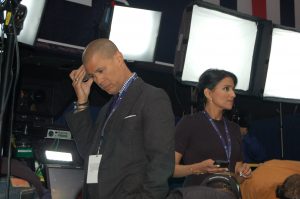 As of 11 p.m., the networks were still waiting to see if Democratic Virginia Sen. Tim Kaine or Republican Indiana Gov. Mike Pence would come to the Media Center from the Debate Hall.