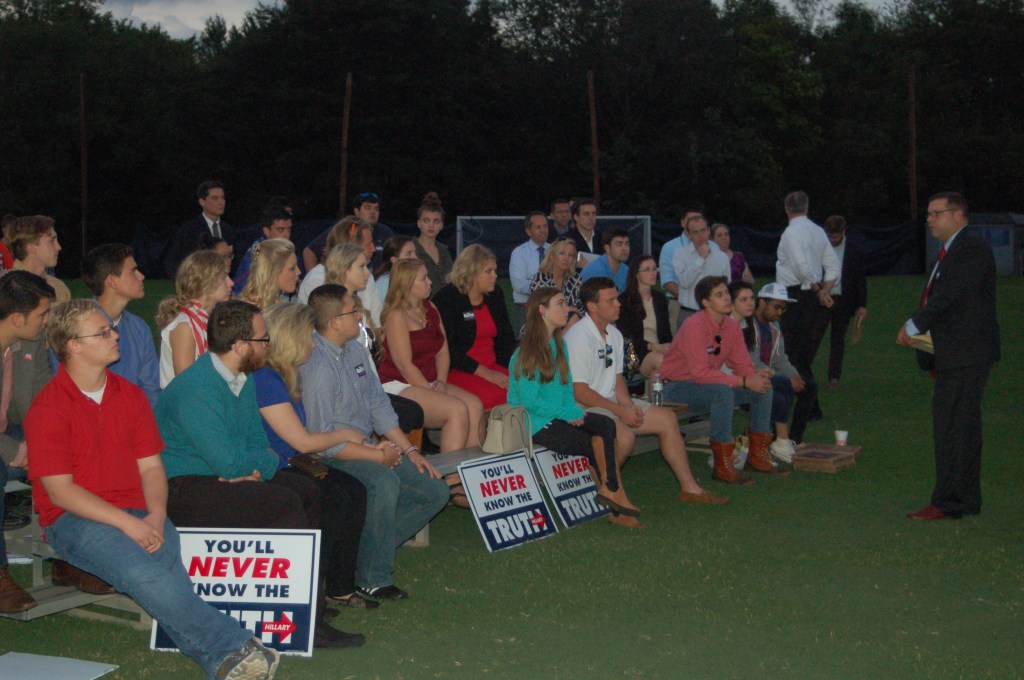 Several elected officials spoke to a group of young people at First Amendment Field behind Moton Museum around 7 p.m. on Tuesday in advance of the 2016 U.S. Vice Presidential Debate held in Willett Hall on the campus of Longwood University. 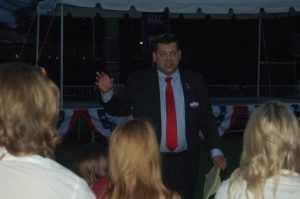 Among the group of officials was Virginia State Senator Tom Garrett, the Buckingham County resident who is the Republican candidate for Virginia’s Fifth Congressional District. He told the crowd of millennials that while he hopes the debate goes well, First Amendment Field was the place to be because “change is going to start here.”

Also on hand to speak briefly was Virginia Delegates Jimmie Massie and Glenn Davis, the latter of which is in the race to become lieutenant governor. 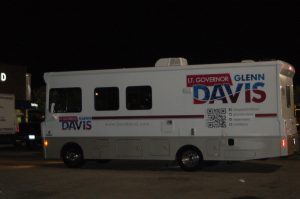