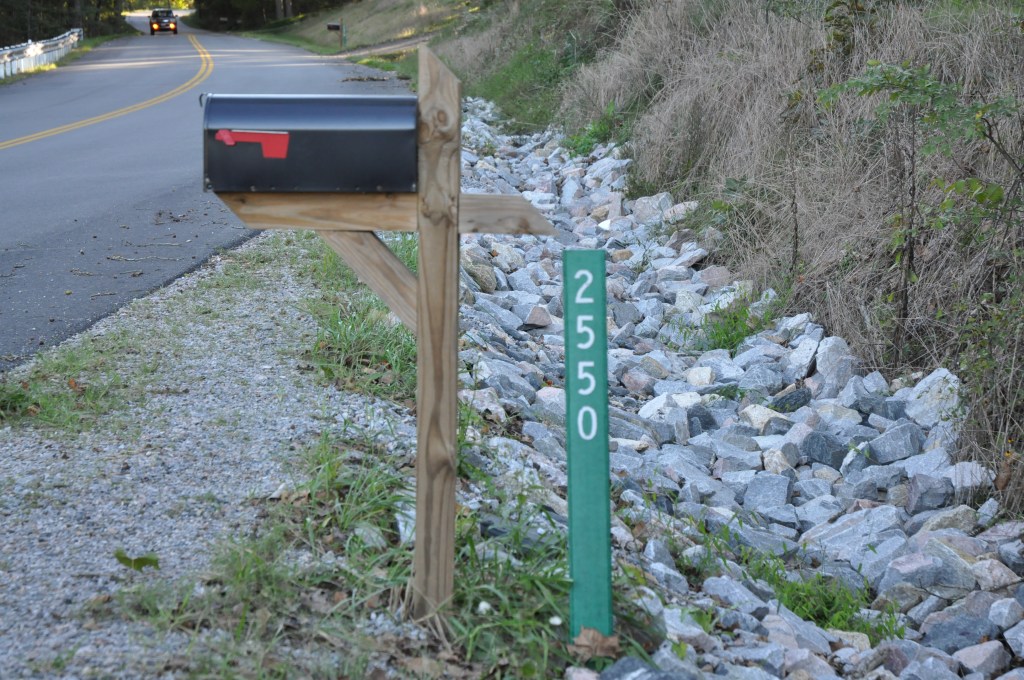 JORDAN MILES | HERALD Cumberland County’s Board of Supervisors never agreed to purchase street markers for homes or businesses after designating E911 addresses to structures in the county many years ago. As pictured, Prince Edward County furnishes county residents with markers.

A disagreement several years ago among county supervisors in Cumberland resulted in residents and business owners not having E911 address markers like other neighboring counties.

“I believe that … there was
a dispute among board members,” said retired longtime County Administrator Judy Ownby. “Some wanted them, some didn’t. They said that with (Global Positioning System, or GPS) that the fire and rescue and sheriff’s department, those agencies would be able to locate the houses by using GPS.”

the markers. According to Ownby,

houses and businesses with E911 addresses be- fore she began working with the county in 1991.

“Cumberland never chose to go to the ex- pense of buying those things,” said District Four Supervisor Da-
vid Meinhard, who volunteered for years with rescue squads in Cumberland and is a founding member of the Prince Edward Volunteer Rescue Squad.

He said since the
post office requires residents to have their E911 addresses on mail- boxes, “I think people have some responsibil- ity to do something for themselves, like mark their mailboxes.”

Meinhard said the board of supervisors at the time “didn’t feel like it was the county’s re- sponsibility to go to the expense to purchase all those markers.”

“If everybody who had their mailbox had their box number and all written on it, that would solve a lot of the problem,” Meinhard added. “I would be
fine with getting the (markers) but (have) the landowner (respon- sible) to get the post and put the post up
on that. I don’t even want to think about the county getting involved

in getting the post and then going around and putting them up for everybody.”

Homeowners who haven’t purchased their own markers are some- times harder to locate during emergencies, Sheriff Darrell Hodges said.

“We’ve approached it. We’ve talked about it with the board … I really don’t know why the county hasn’t gone to it,” Hodges said.

The sheriff said the idea of holding a fund- raiser for the markers has been discussed.

The numbers are used not only by postal carriers but by emer- gency workers to locate homes.

“Of course, a lot of our addresses aren’t marked. They don’t have mailboxes. They don’t have anything out there that shows us,” Hodges said. “A lot of times, it does take more time to try to locate these people because, you know, either we gobyitorwegettoit and we start looking in the area. And dispatch does a good job of asking …, ‘What kind of cars do you have in the driveway? What does the house look like?’”

Hodges confirmed that addresses have been assigned to unmarked houses, but not all have markers signifying their E911 addresses.

Homes and business- es in Buckingham and Prince Edward counties have E911 markers fur- nished by the county.