A lack of representation

Editor’s Note: For some time, Farmville and Prince Edward County have been without a resident state legislator. Some people believe this puts the county and town at a disadvantage. Others, primarily those who represent the area, say it does not make a difference. Here is a look at both sides.

The Virginia General Assembly is made up of legislators from the House of Delegates and Senate. Communities rely on their legislators to lobby for the best options for their constituents — the go-to people trying to help better their lives.

The town of Farmville and Prince Edward County haven’t had anyone like that for a very long time.

The last person in the community to serve in the House of Delegates — covering Prince Edward and Cumberland counties — was William Basil Bruce, of Farmville, who died in April 1934 and served from 1926-1933. George W. Palmer was the last person who lived in Prince Edward County who represented the area in the Senate. He died in April 1972, according to the Library of Virginia. 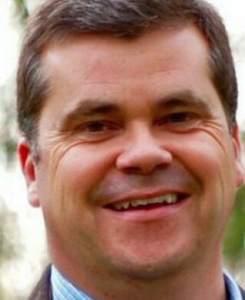 But, is there a cost to Farmville and Prince Edward from not having a resident in the general assembly?

It depends on who you ask.

Though he doesn’t represent the county and town, “I know that I am willing to assist both,” he said.

Ruff lives in Clarksville. His district is made up of Charlotte, Lunenburg, Mecklenburg and Nottoway counties; along with parts of Brunswick, Campbell, Dinwiddie, Halifax, Pittsylvania and Prince George counties; and the city of Danville.

“In a perfect world, every community would have representatives in both the House and Senate,” Ruff said. “However, with ‘one man, one vote’ that is impossible. Clearly, such counties as Fairfax are over represented and, in addition, are wealthy enough to pay someone to lobby for their issues. This is not the case in rural communities.”

Del. James E. Edmunds II agreed, saying population shifts mean Southside and Central Virginia districts are “just going to get bigger and bigger” as the region loses population and more localities end up being merged into districts to maintain population proportion while Northern Virginia continues to grow and gain representatives. 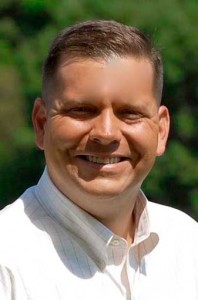 However, Edmunds said he works to meet the needs of his region, and “If I change something to benefit Charlotte County, it’s going to (benefit) all rural areas.”

Edmunds lives in Halifax County and represents the 60th House district, which consists of Charlotte, Halifax and Prince Edward counties and part of Campbell. He said doing something to benefit a particular community takes a supermajority, actually making it easier to make effective change at the local, rather than state level.

“I don’t think Halifax County has benefited any more from my being in the General Assembly than Prince Edward and Charlotte,” he said.

State Sen. Thomas A. Garrett, who lives in Buckingham County, represents Prince Edward as part of the 22nd district. The district is made up of Amherst, Fluvanna, Goochland, Prince Edward, Appomattox, Buckingham and Cumberland counties; and part of Louisa County and the city of Lynchburg.

Longwood University Director of Communications and Media Relations Matthew McWilliams said with the state senate and house districts being among the largest in the commonwealth, it’s not uncommon for elected representatives to live outside town or county boundaries.

“We have, however, very strong relationships with both Sen. Garrett and Del. Edmunds and meet with both regularly,” McWilliams said.

However, Brad Watson, who sits on the Prince Edward County Chamber of Commerce’s legislative committee, said the question should at least be asked.

“That’s a good, but difficult question to answer, since it’s been a generation or two since we had someone from Prince Edward County elected to the Virginia General Assembly,” Watson said.

“Personally, I feel like we will rarely be a priority for someone who lives and works in Louisa, South Boston or Clarksville. That’s not meant to be an insult to any current or former representatives, it just seems to the way things work.”

Watson noted Farmville is the only sizable community with a hospital and at least two institutions of higher learning within a 60-miles radius. But, he said, there is a continuing trend of population shifting from rural areas to urban ones.

“And not enough effort is being put forth to counter this on either the local or state level,” he said.

The Cumberland County Board of Supervisors approved the issuance of a general obligation bond from the Virginia Public School Authority... read more