The Prince Edward County Board of Supervisors does not plan to forgive a $50,000 loan owed by the YMCA, according to County Administrator Wade Bartlett.

“The decision was made to do a promissory note, so the board voted on that. There was nothing said about forgiving it,” said Bartlett.

Board Chairman and Farmville District Representative Howard Simpson said the board won’t discuss the matter unless the Y requests the loan be forgiven. The question of loan forgiveness comes as a result of the board’s unanimous approval of a promissory note on July 12. The note states the repayment agreement between the County and YMCA. 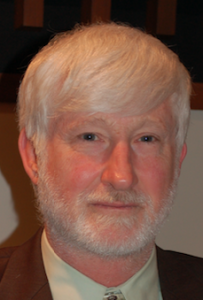 The county disbursed the $50,000 loan in Feb. 2014. The loan was intended to be a three-part allocation, but the additional two loans were not allocated after a 4-4 vote by supervisors in September. The county then discontinued the loans because the YMCA did not meet the board’s requests to improve cash flow.

According to Bartlett, the idea the board might forgive the loan stems from discussions in 2014 when the initial loan agreement was made.

“It wasn’t ever put in stone that it would be forgiven,” he said. “Boards of supervisors can always go back and review any decision that they’ve made. As of now I would say the loan is not going to be waived because the vote was that we’re going to have a promissory note.”

Simpson said he doubts anything about forgiving the loan will be discussed until the YMCA “asks for it” to be forgiven.

Previously, Brad Watson, chair of the YMCA’s finance committee, said he was hoping the board would find a way to forgive the loan when it comes due.

Bartlett said the board may make the decision to revote on the issue in the future.

Simpson said if he had to guess, there would be a “50/50 chance” the loan would be forgiven.

YMCA CEO Ben Sysko said in a previous interview the Y’s cash flow is steady and membership is increasing.

“We’re currently working on increasing membership and programs, and also on some repairs for the pool,” he said.