Cumberland County residents could pay more for water and sewer services if county supervisors approve proposed fee changes. The Cumberland County Board of Supervisors will hold a public hearing on the rate amendment during its meeting Tuesday at 7 p.m. Supervisors could vote on the matter afterward.

Since the fiscal year 2017 budget’s adoption in May, a series of changes have been proposed to the county’s code governing utilities. Proposed changes include increasing residential wastewater fees from $25 per equivalent residential unit (ERU) to $33 per ERU to generate the additional revenue. 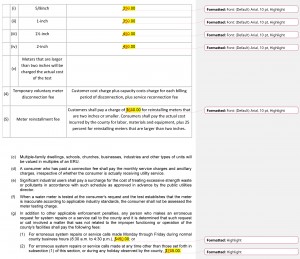 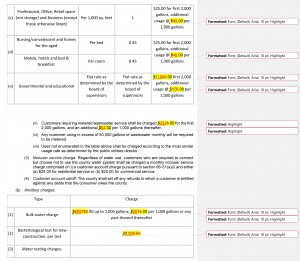 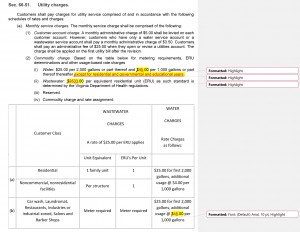 Cumberland County Administrator and Attorney Vivian Seay Giles said Monday she brought the need to revise the water and sewer rates to the board’s attention more than a year ago. 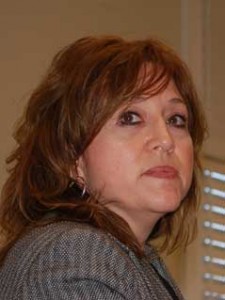 “(Because) the need of the utility fund — that the expenses called for an increase in the rates,” Giles said.

Copies of the complete text of the proposed amendment — which include other proposed rate increases — are available at the Cumberland County Administrator’s Office in the county’s administration building and online at www.FarmvilleHerald.com.

“She (Giles) didn’t run it by the water and sewer committee. I had no idea there was a public hearing on the proposed rates,” Hatcher said.

He also said he has not seen the proposed rate changes Giles provided for this story.

Hatcher also clarified exactly what is happening with Cumberland County’s water/sewer debt versus its monthly deficit. He said the committee received a financial summary before Christmas 2015 showing an average deficit — the difference between revenue and expenses — of $2,000 per month.

However, Hatcher said the figure was off by a little more than $5,000.

In addition, Hatcher said he learned about additional loans, including one to rebuild manholes. Furthermore, there was the purchase and installation of a monitoring system for $20,000, he said.

It is this figure, Hatcher said, the proposed fee increases are meant to help overcome. He said part of the deficit would also be offset by increases to the Cumberland County School Division and Bear Creek Lake State Park, as well as by a change to the county budget.