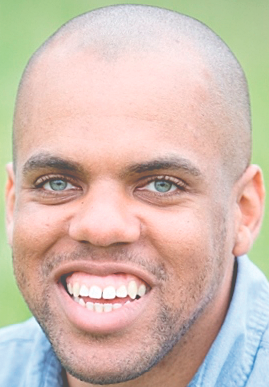 Longtime Moton National Historic Landmark and Museum staff member Justin G. Reid is leaving to become the director of African American Programs at the Virginia Foundation for the Humanities (VFH) in Charlottesville.

Reid, Moton’s director of education and public programs, began working at the museum about five years ago and became integral in the museum’s reopening. He begins his new role in Charlottesville on Monday.

According to a VFH press release, Reid, who served a stint as Moton’s acting director, will lead the continuing development of the VFH’s African American Historic Sites Database, an interactive guide to hundreds of African American historic sites across Virginia. The database is being relaunched in 2019 on the 400th anniversary of the first Africans to arrive in Virginia.

“While we are sad to see Justin go, we are so grateful for his devotion to the museum and for his many talents,” Dr. Larissa Smith Fergeson, who serves as a university liaison to the museum, said in an email to Longwood staff. “We could not have managed the transition of the last few years without him.”

Fergeson said thousands of schoolchildren and visitors have learned about the rich history of civil rights from Reid.

“He is truly a gifted teacher and role model. Justin has been essential in crafting Moton’s core mission: to instill in young people an appreciation of the past and inspire them to see themselves as change agents, just as students in 1951, in 1963, and in 1969 were change agents here in Prince Edward County,” she said.

Reid acknowledged his excitement for his new position in Charlottesville.

“I’ve had the chance to work with VFH in the past. I’m a big supporter of the museum. They funded Moton’s first exhibition,” he said. “There’s a long relationship there. I think that was something that drew me to VFH.”

Reid said he’s proud of helping get the museum reopened in 2013, along with the installation of “The Moton School Story: Children of Courage,” the museum’s permanent exhibition.

“When I arrived at Moton, we hadn’t begun construction yet,” he said.

Reid said community relationships have been his primary focus during his time at Moton. 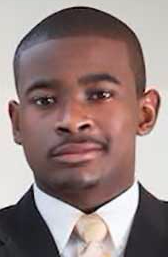 “I’m proudest of all the young people we’ve been able to reach,” he added. “I’m very, very proud to be from Farmville; Cumberland as well.”

In the VFH release, Reid said current events are “truly a turning point” in America’s history.

“Our understanding of the African American experience is evolving,” he said. “It’s an experience that began here in Virginia, so it’s fitting that VFH take the lead in advancing the conversation.”