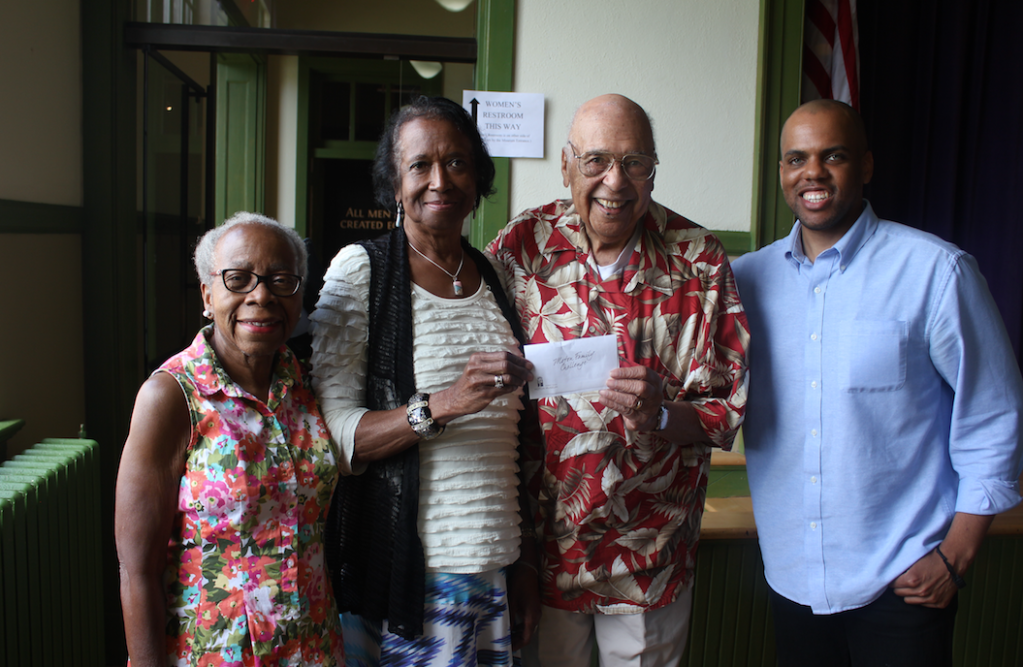 Dr. Twitty J. Styles and his family have pledged a $25,000 donation to the Moton National Historic Landmark and Museum. The former R.R. Moton High School student and teacher said the donation is part of the Moton Family Challenge fundraiser.

“Hopefully it will be used to foster scholarships for the program that they have now,” said Styles, who lives in New York, after the announcement of his family’s pledge.

Styles graduated from Moton in 1944. After studying biology at Virginia State University, he came back to Moton, teaching science from 1948-50.

“I’m a son of Prince Edward County. It’s a way of giving back,” he said of his family’s donation.

In 1950, Styles joined the Army, joining the occupation forces in Japan during the Korean Conflict.

Longwood University professor Dr. Larissa Smith Fergeson, the university’s liaison to an interim executive director of the Moton Museum, said Moton is grateful to Styles and his family for the donation.

“Their donation will enable us to award scholarships to college-bound descendants of families affected by the school closings. This is something that was not covered in the Brown scholarships created by the Commonwealth of Virginia,” Fergeson said, referring to a time in the 1950s when Prince Edward County did not fund public schools.

Joy Speakes, chair of the museum’s fundraising campaign said members are “elated” with the Styles’ belief in the museum’s mission turning into such a donation.

“This donation and the donations of others will open additional opportunities for greater programs and works with the Moton Family Challenge now and in the future,” Speakes said.

Styles studied at New York University, working his way through graduate school on the G.I. Bill. He achieved his master’s degree and Ph.D., all in biology, from NYU.

“I’ve always been interested in living and vibrant things,” Styles said of his interest in biology.

Styles taught biological sciences for 32 years at Union College, where he was the first African American to earn tenure. There, he served as a department chair and achieved the status of Professor Emeritus.

“I think the Moton story has impacted the world, and because of modern technologies, there are no secrets anymore … The story’s well known,” he said. “I hope … it will stimulate other families to donate to this worthy cause because it’s going to be here for a long, long time.”

Twitty is married to Dr. Constance Glascow Styles, a pediatrician. Their daughter, Auria, is senior counsel at Intel.

“You have to give back,” said Styles, one of eight children raised by Peter and Bertha Styles, in Five Forks.

Fergeson said Moton is looking forward to the fall of 2017.

“(That’s) when Barbara Johns and the Moton student strike will be included in the Virginia Standards of Learning,” Fergeson said. “We have a lot of work to do to gear up for what we anticipate will be increased visitation to the museum and its website, especially by schoolteachers and students. The Styles, along with other families who participate in the family challenge, make this important work possible through their generous giving to the museum.”

“Contributions to Moton Museum’s programming provides the avenue to convey the Moton School story … In addition, this year the family challenge supporters will provide scholarships to two deserving students that are decedents of the families affected by the school closing,” Fergeson said.

Those interested in participating in Moton’s family challenge should visit www.motonmuseum.org or call (434) 315-8775.