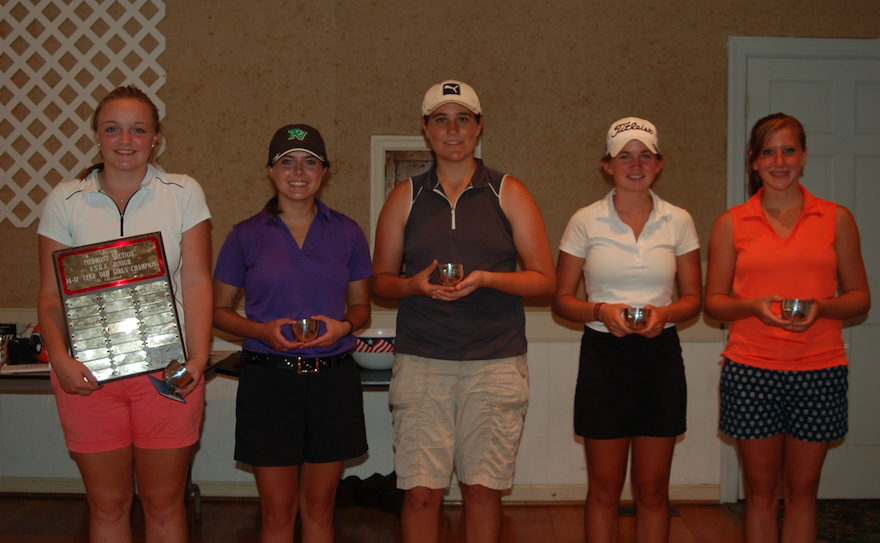 In the nine-hole round, Erickson, shot a one-over-par 37.

“I felt really good today,” she said. “It was a little shaky last week, but I went to (The Manor Golf Club) and practiced a lot for this week, and I was really proud.”

Erickson had been having some trouble with her drives prior to the event.

“But I got those straightened out this weekend,” she said. “I just knew the key was to stay calm and to have as good a time as I could.”

She competed in six of the seventh Piedmont tournaments this summer and won four of them in the girls 14-17 division, including the championship.

The older golfers were originally set to play 18 holes on Thursday.

“But it was pretty much a unanimous decision with the sponsors with the 104 heat index that they should cut it to nine holes, and that’s what they did,” said Piedmont VSGA Junior Golf Director John Hite.

Austin Queensberry, in his first year as a golfer, tied for first in the boys 10- and 11-year-old division with a 51 before ending up in second after a playoff with Robert Hite.

Harrison Turney tied for second in the boys 16- and 17-year-old division with a 41, ending up in third after losing a playoff to Nathan Towery.