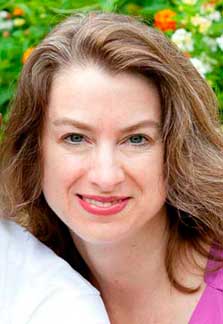 Voters in Prince Edward County will decide in November whether school board members should be appointed by the board of supervisors or elected directly.

According to an order, signed by Circuit Court Judge Donald Blessing, the ballot question will read: “Shall the method of selecting the school board be changed from appointment by the Prince Edward County Board of Supervisors to direct election by the voters(?).”

A petition requesting the referendum garnered 1,346 signatures of voters, according to Voter Registrar Lynette Wright. Ten percent of the registered voters as of Jan. 1, or 1,289, were needed. On Jan. 1, 12,882 people were registered to vote.

This is the first time the referendum has appeared on the ballot, according to voting abstracts dating back to 1977, Wright said.

School board members are currently appointed by the board of supervisors — a process that’s rare across Virginia. Most school boards are elected.

Members and supporters of Support Prince Edward Schools distributed and carried the petitions.

“I am most encouraged by the wide support for this initiative by so many different networks within our community,” said Heather Edwards, a member of Support Prince Edward Schools. “Members of the Support Prince Edward Schools group circulated petitions at a number of churches, various sporting and social events and within the Prince Edward Alumni Association. My sincere hope is that every citizen of the county will view this both as a reassurance that all voices are heard, and as an opportunity to become more active in the conversations surrounding our school system. I love that we’re welcoming our new superintendent with this strong showing of interest in the public schools.”

A statement of petitioner for local referendum was previously filed by Eric Tinnell, who represented Support Prince Edward Schools, according to the document.

“Regarding the referendum that will appear on the November ballot regarding electing school board members in (Prince Edward), I personally have mixed feelings,” said School Board Chairman and Farmville District Representative Sherry Honeycutt. “I understand the desire that some individuals may have to institute an election process in order that they may have a voice in the selection process. However, I also believe that in that process there may be individuals that may have a particular agenda they want to propose. It can sometimes be seen as a stepping stone for a political career. In addition, it is sometimes difficult to find citizens to volunteer for the time-consuming, yet fulfilling role as school board member, much less find someone to run for the elected position.”

Last July, supporters of the elected school board option fell short of their 1,431 petition signatures needed to get the question on the ballot. The petition drive was spearheaded by parent Kelly Morgan, who sought to put the issue put before voters last fall.