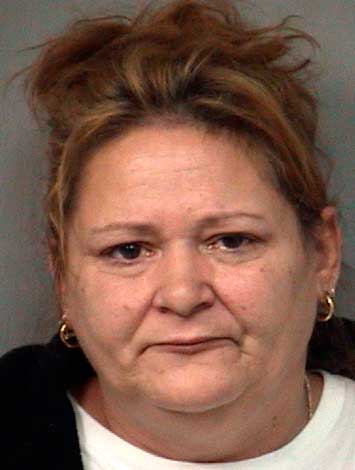 A 49-year-old Drakes Branch woman was sentenced to 100 years in jail in Prince Edward Circuit Court last week after pleading guilty to five breaking and enterings.

As part of a plea agreement, Read plead guilty to five charges of grand larceny and five charges of entering a house with intent to commit larceny in connection to the October incidents.

In the plea agreement, Read admitted to the five breaking and enterings, which occurred on Oct. 15, 16, 18 and 19.

Read was also sentenced with 30 years of good behavior and five years probation.

“Without Ms. Read’s cooperation and admissions, it is possible that these breaking and entering offenses would not have been solved and items may have not been recovered,” the plea agreement stated. “Ms. Read rode with Prince Edward County law enforcement and directed them to each home that she had entered. She described how she got into the homes and the items that she had taken. At least one victim was unaware that her home had been broken into or that items had been taken until she was notified by law enforcement.”

Read was indicted on 10 felony charges in Prince Edward Circuit Court in May in connection to the incidents.

Read is also charged with robbery of a residence and grand larceny in connection with a separate incident reported in February. She was indicted on the two felonies June 21.

During the October incidents, Read allegedly stole jewelry, gaming systems, including an iPad and an air rifle from the homes, Wilmoth said.

Read is also facing numerous charges in connection to multiple reported break-ins in Keysville, Eureka and Ontario, according to a release from the Charlotte County Sheriff’s Office. Some of the items have been recovered, the release stated.