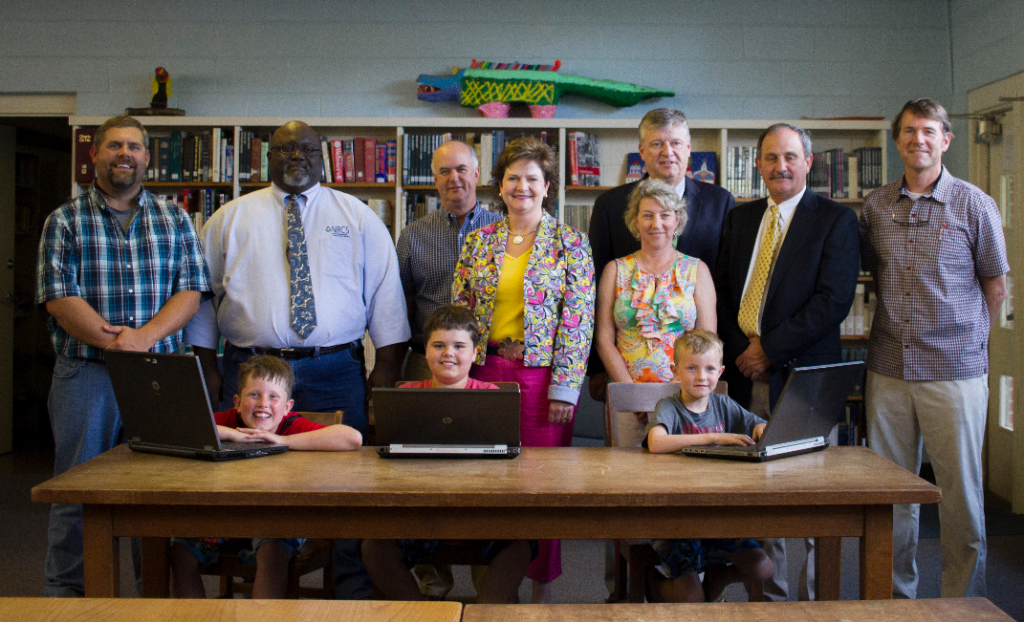 The donation came from the Virginia StrikeForce for Rural Growth and Opportunity program, organized by three offices out of the U.S Department of Agriculture (USDA).

Natural Resources Conservation Service (NRCS), Farm Service Agency (FSA) and Rural Development (RD) come together each year to provide schools and non-profit organizations with computers that their offices can no longer use.

As part of the program, Fuqua received 10 laptop computers and 29 desktop computers.  Fuqua’s Head of School John Melton said he did not specify a certain need when applying for the computers.

“Our need was broad spectrum,” he said. “One of the challenging things about being an independent school in a rural area (is) it’s all about funding.”

“Since funding is always an issue for us, we’re always looking for opportunities to access resources that benefit our students,” Melton said. “I think this is an excellent example of a partnership where a government entity has stipulations around their technology which ends up benefiting a school.”

The program focuses on rural areas in the state that have the greatest need, according to a program press release.

Anne Herring, a RD coordinator, said this was the program’s second year of donating. She said three schools received computers this year. The other two schools were in Tazewell and Greenville counties.

According to Melton, the computers will be used by both teachers and students. The school’s computers are in need of replacement and this donation will “be used quite a bit,” Melton said.

“All of the skills we are looking for now so that students can be successful in college and successful in their careers are only accessible through these devices, so if they don’t have a tablet or a laptop or a desktop, they are limited in their ability to perform the tasks and access the information that they will need when they get to high school and college,” said Melton.

Kilby Majette, an assistant state conservationist for field operations with NRCS has helped with the program. He said he’s proud of work that has been done through StrikeForce, not only to bring computers to schools, but also to bring healthy food to communities throughout the state.