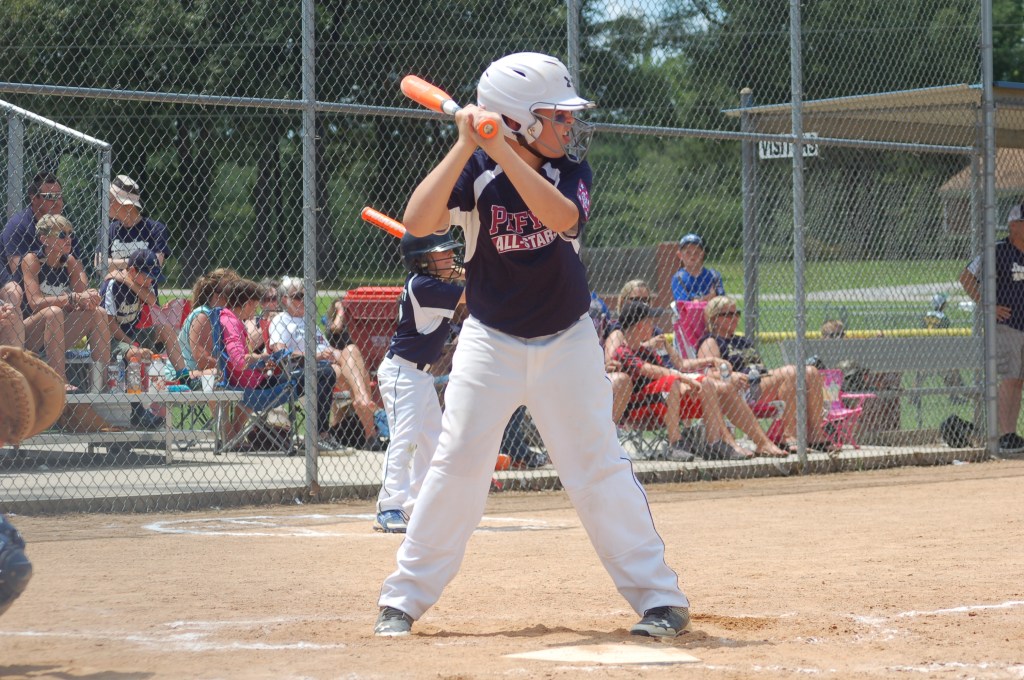 The Prince Edward-Farmville Youth Association (PEFYA) All-Stars were in a close contest with the Lunenburg County All-Stars through four innings on Saturday before going on to fall 13-3 in their first game of the Dixie Youth District 5 Minor League All-Star Tournament in Victoria.

“We have a lot of big sticks, a lot of phenomenal batters, and we just didn’t bring the bats today,” PEFYA Manager Dave Furlong said. “(If we) would have brought the bats today, it would have been a completely different outcome. Defense, I thought they were pretty solid and was proud of my pitchers, but we didn’t show up with the bats today.”

Lunenburg took a 2-0 lead in the first inning and extended it to 3-0 after the second. Following a scoreless third, PEFYA made it 3-2 in the bottom of the fourth when Harold Landis batted in Martin Barnett and later scored on a passed ball. But Lunenburg responded in the next inning with seven runs.

In the bottom of the sixth, PEFYA got its final run when Landis batted in Sawyer Furlong.

PEFYA will return to the field in Victoria on Monday at 6 p.m., facing one of the losing teams on Sunday and aiming for a better offensive performance.