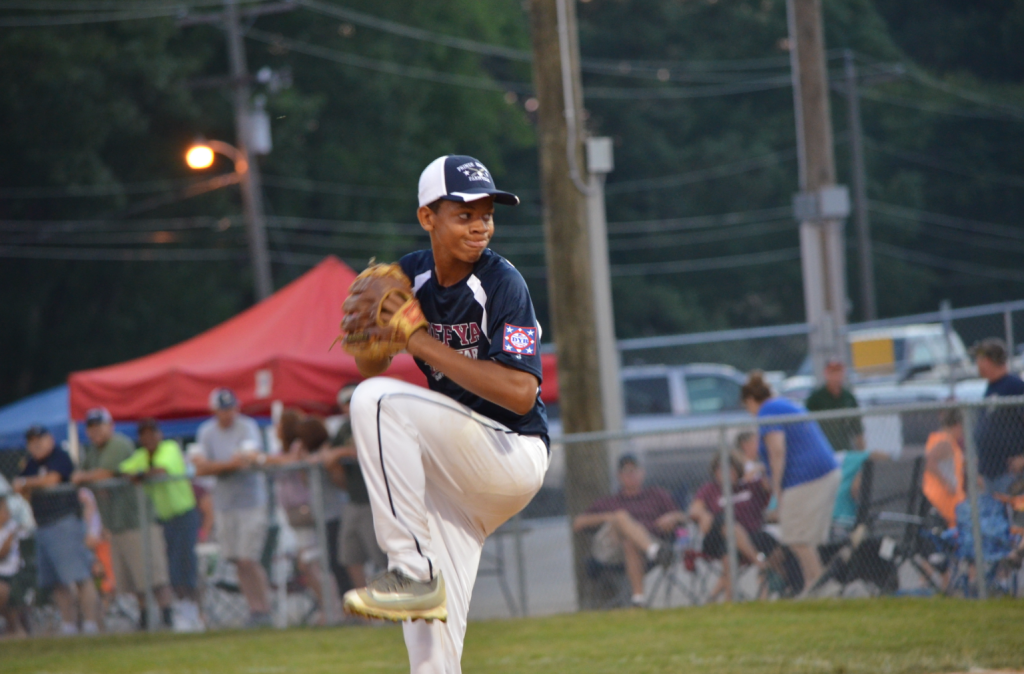 The Prince Edward-Farmville Youth Association Majors All-Star baseball team put itself in a position to win a district championship after going 2-1 in the Dixie Youth District 5 Majors All-Star Tournament over the weekend in Blackstone.

The boys defeated the Crewe-Burkeville All-Stars 9-4 on Monday after falling 8-2 to the Dinwiddie Nationals on Sunday and routing the Lunenburg County All-Stars 13-3 on Friday.

“We’ve got a lot of talent on this team, and anything short of a district championship we’re going to feel is a failure,” PEFYA Majors Manager Mark Simon said.

On Monday against Crewe-Burkeville, PEFYA was down 3-1 until the fourth inning when Jordan Johns, who turned in an impressive five-inning performance on the mound, hit a three-run home run. Michael Dailey hit a three-run homer of his own in the fifth to make the score 9-3.

PEFYA got its first run of the game on a solo shot by Jake Simon, his third homer of the tournament.

Manager Simon said that though his team’s home run tally sounds good, “it’s not a recipe for consistent success. We’ve got to start putting the ball in play more and getting some singles and doubles and not just swinging angrily for the fence every time.”

His players faced a formidable challenge on Sunday in the form of Dinwiddie Nationals pitcher JaQuan Tucker, who threw 11 strikeouts.