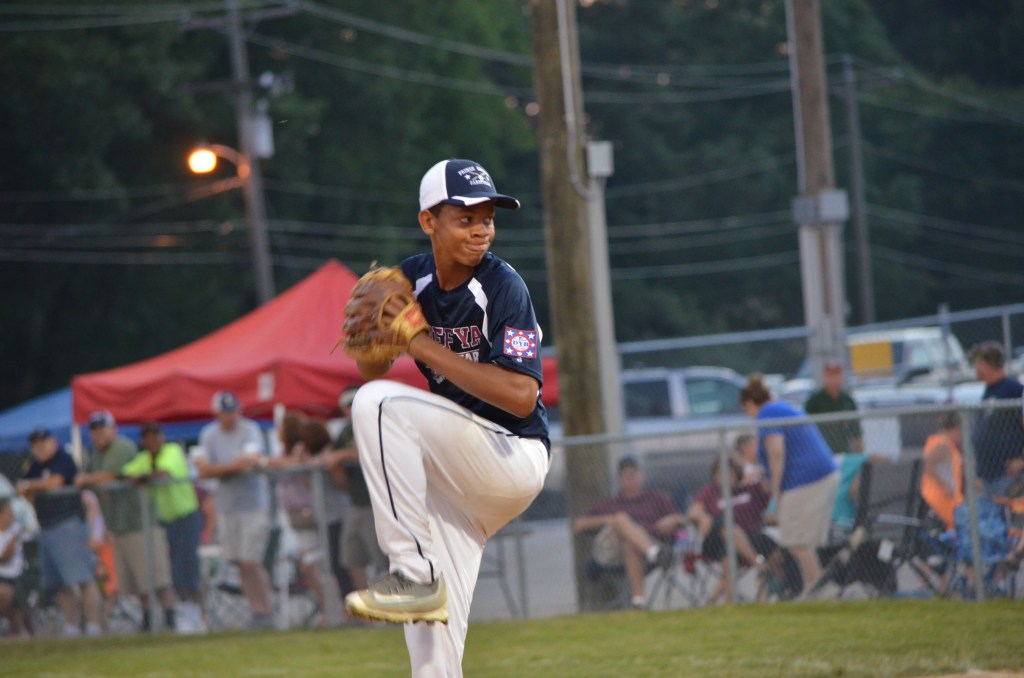 Michael Dailey of the PEFYA Majors All-Stars pitches during his team's 13-3 mercy rule-shortened victory on Friday in the Dixie Youth District 5 Majors All-Star Tournament in Blackstone. (Photo by Jennifer Trombley)

The Prince Edward-Farmville Youth Association Majors All-Star baseball team recovered from an early 2-0 deficit on Friday to blow out the Lunenburg County Youth Baseball League All-Stars 13-3 in the first round of the Dixie Youth District 5 Majors All-Star Tournament in Blackstone.

“I felt it was a great performance,” PEFYA Manager Mark Simon said. “Everybody chipped in. We hit the ball, we pitched well, we fielded well, but I will say that it’s nothing more than what I expected from this team. … We’ve got a lot of talent on this team, and anything short of a district championship we’re going to feel is a failure.”

The PEFYA squad trailed 2-1 after two innings and then exploded offensively in the third, scoring nine runs. In taking a 10-run lead in the fourth, PEFYA ended the game early by the mercy rule.

PEFYA plays next on Sunday at 5 p.m. at Wrigglesworth Stadium in Blackstone.