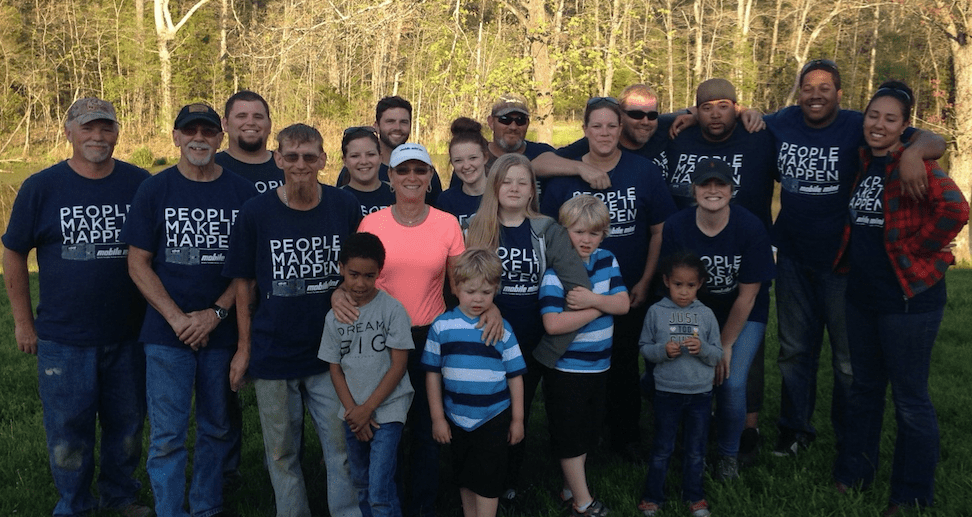 When a company generously donates resources to a nonprofit, it can show it cares.

Recently, the Farmville Area Habitat for Humanity and Mobile Mini of Ashland entered into such a partnership.

Mobile Mini, which specializes in secure, portable storage solutions, donated temporary use of one of its storage containers for the current Habitat build taking place on Andrews Drive in Farmville.

Jonathan Pride, the branch manager at Mobile Mini, then decided to go one step further.

“One of Mobile Mini’s core values is community involvement,” he said in a press release.

As part of their ongoing commitment to community engagement, Pride approached Habitat about hosting a day of service for the Ashland office right in Farmville.

Twenty members of the Mobile Mini team, including employees and family members, spent the day in Farmville working on the Andrews Drive build site and tending a community garden on Blanton Street.

The company also donated 150 LEGO kits, distributed free of charge at the Habitat ReStore. The vice president for the eastern division of Mobile Mini even flew in to participate in the day of service.

The volunteers capped their day by enjoying a barbeque hosted at the home of one of their local sales representatives.

Pride said he grew up in New York City in a family which did not always have money and was underprivileged when it came to standard of living.

“I use my upbringing to drive my desire to give back in different ways. It’s all for the betterment of the community,” he said in the press release.