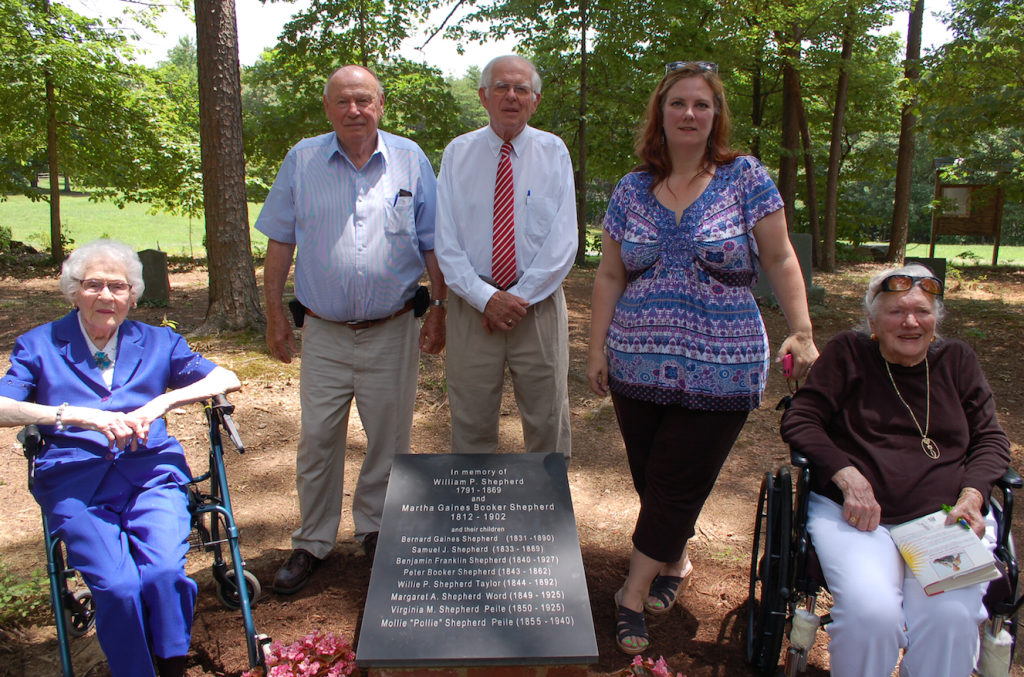 Kimberly Maher has seen to it that the deep-rooted history of the Shepherd family in Buckingham is never lost or forgotten.

On Saturday, about 25 descendants of William P. and Martha Gaines Booker Shepherd gathered at the Historic Village at Lee Wayside off of Route 60 to dedicate a new marker that recognizes the foundations of their lineage.

Many of the descendants of William and Martha, including their children, are buried in a cemetery at the village in unmarked graves.

Maher wanted to change that after years of researching her family.

The present-day village was once part of an over 300-acre farm owned by the Shepherd family, Maher said, including Rose Cottage, which is now part of the village.

“I started doing genealogy research and got hooked,” Maher said. “It’s a good research outlet. It keeps my brain sharp. And I started working on different branches of the family. And I was able to get back to William P. Shepherd and and Martha Gaines Booker.”

“We just did it,” she said of the idea for the marker, which is made from slate quarried in Arvonia and bricks from one of the chimneys of the burt Rose Cottage.

“This plaque has the names of the family that lived there … and then their eight children. They had four boys and four girls,” Maher said.

“Oh, it makes me feel wonderful, just so wonderful,” said 105-year-old Hazel Shepherd Burleigh while sitting beside a now-marked gravesite of her father.

“This is fun. I’m happy to have something here because it’s going to help the next generation to try to figure out who everybody is,” Maher said. “Family is important. I think it’s important to know where you come from.”

Maher said Burleigh was “just beside herself” that her father’s gravesite now had a memorial marker.

The descendants of the Shepherds live across Virginia, and some live out of state.

“We really appreciate what has been done here today,” said H. Spencer Adams, a member of the Historic Buckingham Inc. Board of Directors. “And it’s so fitting that the family get together and remember their ancestors in the way they will do today.”

“This area was the original Shepherd family home,” Maher said during the dedicatory event.