Landfill expansion is ahead of schedule 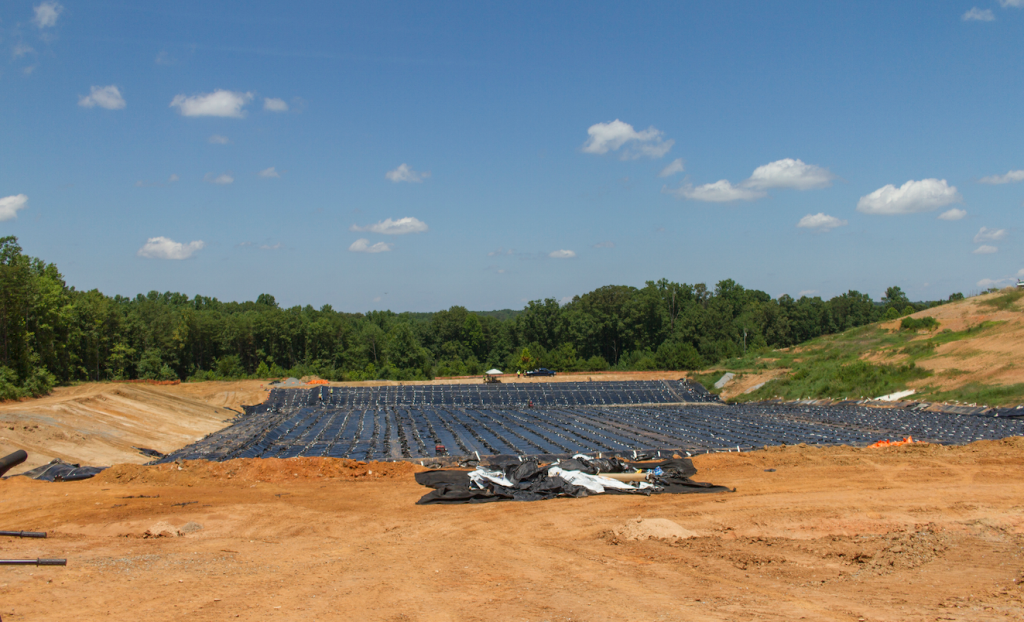 A new cell at the Prince Edward County Sanitary Landfill is under construction with a completion date estimated for Aug. 17. (Photo by Carson Reeher)

Q: What’s going on with all the construction at the county landfill?

Construction of additional space at the Prince Edward County Sanitary Landfill is ahead of schedule.

The new Cell E is estimated to be completed by Aug. 17, which is one week ahead of schedule, according to Prince Edward County Administrator Wade Bartlett.

He said the new cell is being added because Cell D is full of waste.

“There’s only a certain amount of air space in those cells, and when they reach maximum capacity, you have to have another place to put it. It’s pretty simple.”

The Prince Edward County Board of Supervisors voted during its April 12 meeting to award the contract for construction to Sargent Corp. It is a $1.3 million project.

Pre-construction activities have been completed and construction began on May 10, according to Bartlett.

All excavation, subgrade work and liner systems work have been completed.

Additionally, the drainage layer and leachate collection system were 40 percent complete as of July 1.

Addition of a filter, rain cap and seeding and mulching will begin once all other work has been completed, he said.

In July, Bartlett presented the progress of the project to supervisors, and announced that it is ahead of schedule. “They’ve been out there working,” he said.

According to Bartlett, the landfill is used predominantly by Prince Edward and Buckingham counties. “Cumberland doesn’t officially use it, but there are private haulers that pick up residential garbage in Cumberland and use it,” he said.

Bartlett said the landfill is used by residents of Prince Edward County and most of Buckingham’s residents, as the county does not offer residential trash pickup.

Many businesses in the two counties also use the landfill, Bartlett said.

“That’s where all the garbage goes,” Bartlett said.

“We stretched (Cell D) out about eight years, which is longer that its typical life,” said Bartlett. “Usually, it’s anywhere from 5-8 years depending on the volume of trash. This one probably exceeded its normal life because during the recession you actually generate less trash — businesses, people, everybody,” he said.

It’s estimated the contract will be completed with no change orders, Bartlett said.

The cost to dump at the landfill is $44 per ton.