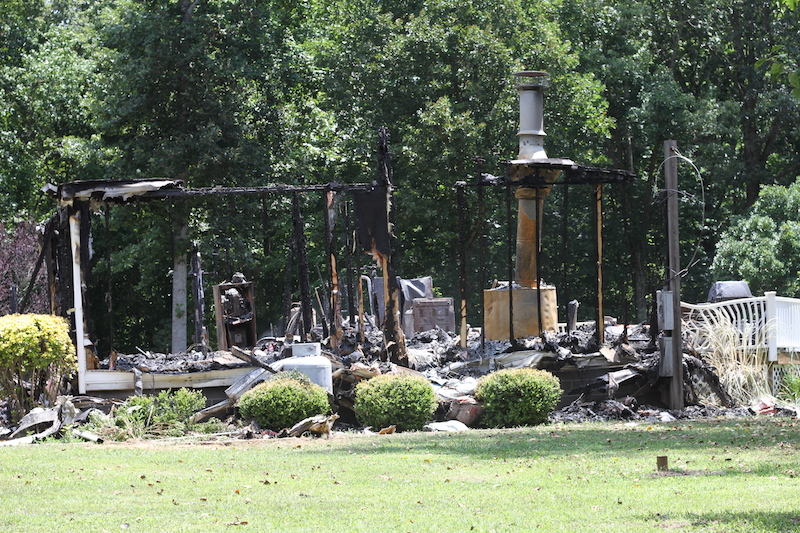 CARSON REEHER | HERALD The home of Lena and Jerome Harvey was destroyed in a fire that took place early Friday morning on Brooklyn Plantation Road.

According to Prospect Volunteer Fire Chief Al Mason, crews responded to the fire at 1:40 a.m.

The house was “pretty much gone when we got there,” Mason said.

No one was in the house at the time of the fire, Mason said. Two individuals lived in the home: Jerome and Lena Harvey.

There were no injuries reported.

The cause of the fire is unknown, Mason said, adding, “We didn’t see (anything) suspicious.” State Police is investigating the fire’s cause.