“Hosting a debate is not right for every institution,” Longwood President W. Taylor Reveley IV said in response to Wright State University’s decision. 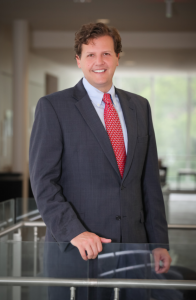 “We are in a very different position,” said Justin Pope, the chief of staff to Reveley.

“There has been a growing crescendo of concern about what it would take to guarantee the safety and security of the campus and the community,” Wright State President David R. Hopkins said in a recent press release. “The expense would be daunting.” 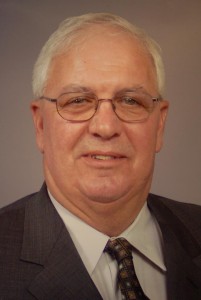 In response to Wright State’s decision, Mayor David Whitus said, “The expense to the town will be minimal at best as we sought and received funding from the state.”

According to Whitus, the Virginia General Assembly allocated $134,000 to the town to help with debate expenses.

“The state police and volunteers from other localities are providing tremendous help to the town, county and campus, which provides great assurance both in terms of security and expense,” Pope said.

According to Longwood University Chief Bob Beach, there is a unified command security structure in place for the event.

Farmville Police Chief Curtis Davis has been involved with planning, along with Beach and Virginia State Police officers and troopers.

“Our goal is to have a plan that is very flexible … (and able) to address multiple issues,” Davis said during an interview before the Wright State announcement was made.

“Whatever plan we’re gonna have cannot diminish our responsibility to the community that we serve,” Beach said during the meeting, noting the importance of keeping disruptions to the town at a minimum.

“We’re going to be using a large number of state police officers. We’re having officers from all over the commonwealth come and be part of the process, and they’re volunteering to come … to be a part of a very significant historic event,” said Beach.

Whitus said extensive debate preparations have been underway to ensure safety during the event. “The Farmville Police Department, in conjunction with the Longwood Police Department and multiple other law enforcement entities, are way ahead of the curve in the planning of this event,” he said.

“(Chief) Davis and Chief Beach have decades of experience with this sort of thing and have done incredible preparation,” said Pope. “Planning far in advance is always better than having to do it at the last minute.”

Hopkins stated in the release that “things have changed … The current national environment has made security even more critical.”

“You can’t compare a debate to an open conference or open convention,” Davis said to shootings and protests that have occurred recently across the United States. “…You can’t compare the two because, at a convention, the doors are open and people can come in. This debate is a secure location, designed to allow specifically for these candidates to debate issues, and so the comparison of the two are very difficult to do. …”

Pope said both the town’s geographic setting and Longwood’s hosting the vice presidential debate are helpful.

“The setup of our residential campus turns out to be quite a good fit for an event like this, and it’s just less disruptive than in a city,” he said.

Reveley said that Longwood enjoys “real financial strength, a close-knit relationship with the town and community, a decorated police force with deep state support and energetic students aspiring to be citizen leaders.”

Pope said the day of the debate is going to be “just like any other day,” he said regarding the police and emergency response to citizens.

“Chief Davis and Chief Beach have worked extensively on making sure that we provide a safe environment for everybody. I feel real comfortable about it,” said Spates.

“We are poised for Oct. 4 and the momentum it will bring,” Reveley said.