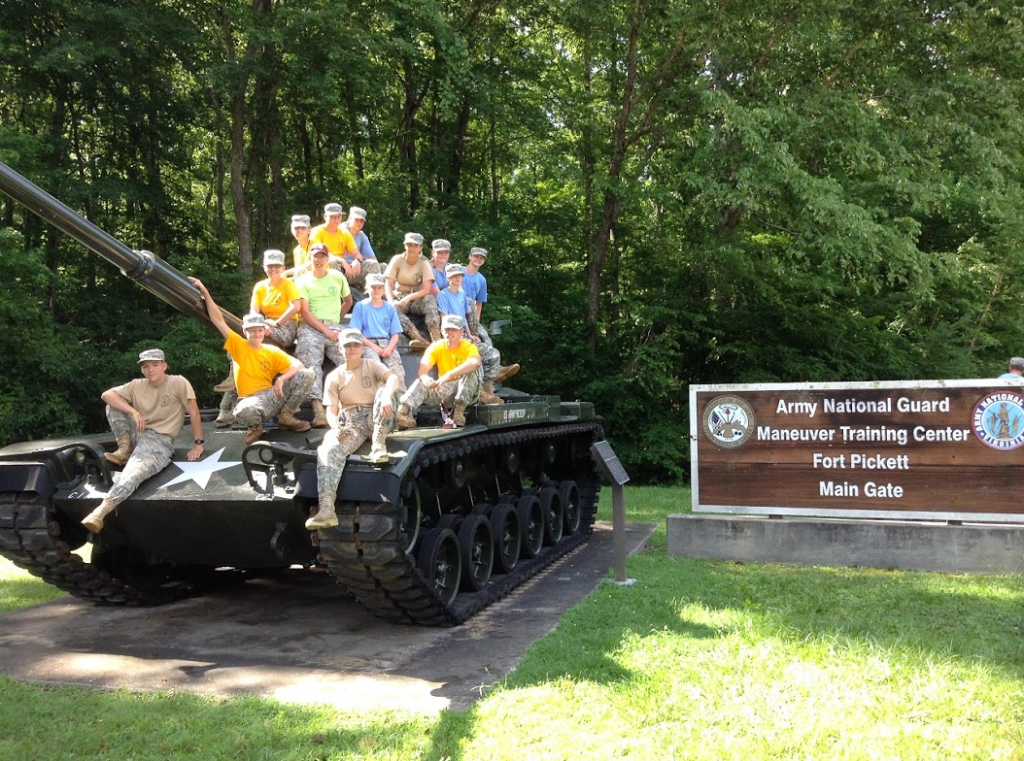 The mission of the camp is to motivate young people to be better citizens. The cadets selected to attend JCLC are challenged both physically and mentally. The cadets who achieved this milestone and graduated 2016 JCLC were Joshua Meek, Morgan and Rachael Pugh, Trenton Houser, Destiny Sutton, Nathan Farmer, Jaycee Call, Alyssa Gentry, Savannah Collier, John Vencil, Haley Whyant and Enoch Matthews. Past JROTC graduates that assisted were Ronnie Bagby, William Reaser and Felicia Londeree.

The six-day camp combines hands-on leadership training as the students participate in a series of activities ranging from orienteering to rappelling to an obstacle course to survival skills. Every day presents challenges to the students as they rotate through leadership roles as they plan and organize each day’s activities.

The camp also included an Academic Bowl where students are challenged with competitive academic panels to determine top honors.

The week of activities culminated in a field day where each student platoon competed for camp honors in athletic and organizational events that test both physical and mental and collaborative skills.

Special honors were presented to Cadet Destiny Sutton for being the top female out of 112 females in the mile run with a time of seven minutes and two seconds. Trenton Houser and Morgan Pugh received special recognition for their leadership skills displayed at camp.