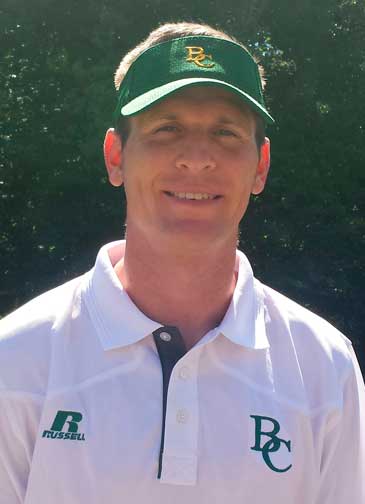 The 32-year-old former NCAA Division I defensive back comes into the job with six years of head football coaching experience at the high school level and four more as an assistant.

“I’m a man of strong faith and my family and I have been kind of praying for the right fit and right position,” Wallace said.

He has coached for the last four years at Petersburg High School, but when the Buckingham job became open, he found it an appealing opportunity, having been in the region before as a student-athlete at Liberty University.

“I’ve always wanted to kind of get back to a rural setting if I could,” he said. “It’s a good place to be and different type of kid.”

Buckingham Director of Athletics Dr. Jeffrey Garrett was on a committee of four administrators conducting interviews for who would succeed Craig Gill, the Knights head coach for the past 20 years, who retired recently.

“We had I think it was 15 applicants, and we interviewed seven,” Garrett said.

Noting what stood out about about Wallace, Garrett said he was very energetic, and “repeatedly, throughout the interview, he focused on what’s best for kids, not only with football but preparing them for life. And he seemed like a very earnest person that he was all about faith, family and football, but he also wanted to do everything in his power to provide opportunities for kids, whether it was college or through work.”

During his four years at Petersburg, Wallace’s players had a 100 percent graduation rate.

And Wallace naturally brings with him a wealth of football experience.

He played running back, safety, cornerback and various special teams positions at Westview High School in Avondale, Ariz., then played defensive back at Glendale Community College in Arizona for two years. Following this, he went to Liberty on a full athletic scholarship and played for two more years, 2004-05.

Wallace got his start with high school coaching by serving as a co-defensive coordinator and head strength and conditioning coach at Virginia Episcopal School in Lynchburg.

In July 2007, he started a three-year stint at George Washington High School in Danville, where he taught and served as a defensive coordinator.

He was about to take an assistant coaching position at Averett University, “and then I got a call from my mom and dad saying that (my dad) had got paralyzed from the waist down, and he needed some help,” he said. “So I started applying for jobs back out west, and I got my first head coaching job there in Santa Fe, N.M.,” at Capital High School.

During his time there, his father recovered.

“They said he wasn’t going to be able to walk again,” Wallace said. “I’ve seen God move in my life, for sure.”

His father began applying for jobs all over the country and got one in Richmond. Wallace and his wife followed his parents to Virginia.

His next head coaching job came at Northampton-West High School in Gaston, N.C., four days before the season started in 2011. He led the team to its first winning record in its conference in five years, and it made the playoffs.

When schools were consolidated in the area, Northampton-West was shut down.

Wallace began at Petersburg shortly thereafter and led the team there to the playoffs in three out of his four years. He was the school’s first coach to win more than one playoff game and advance to the third round of the playoffs in 35 years.

Entering his time at Buckingham, Wallace conveyed his respect to Coach Gill, who has led the Knights to eight or more wins in each of the past seven seasons.

“He’s a great coach and a great man,” Wallace said. “I met him one time at a coaching clinic years back when I was assisting in Danville, and just from the brief interaction we had, I thought he was awesome. And like I said, I’m not going to try to replace anything that he did. I’m going to bring some new things to the table.”

Though he has spent several years as a defensive coordinator, his time has a head coach has also given him plenty of exposure to running an offense, helping him have a balanced perspective.

He does not have any plans to initially favor a passing- or run-first offense but expects to fit his style of offense to his personnel.