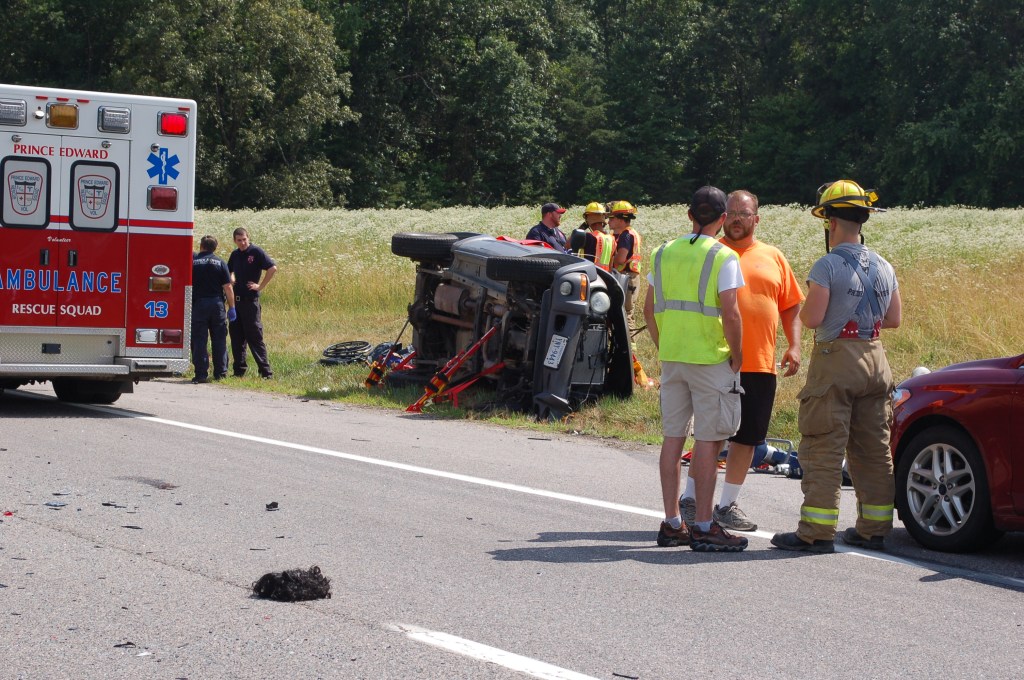 A 48-year-old woman died in a two-vehicle crash Wednesday afternoon near Rice in Prince Edward County.

Cheryl A. Sims, of Rice, died after the vehicle she was a passenger in pulled out in front of a tractor trailer on U.S. Route 460 at County Line Market, according to Virginia State Police spokeswoman Corinne Geller.

Nellie E. Sims, 75, of Farmville, was the driver of the 2004 Jeep Liberty, which pulled out in front of the tractor trailer traveling east on Route 460. The Jeep was on Route 606, turning to head east when the accident occurred, Geller said.

“The tractor-trailer was unable to brake in time or avoid the Jeep and struck the Jeep in the side,” Geller said. “The Jeep spun around and overturned onto its side. The tractor trailer ran off the left side of the road.”

Geller said the driver was flown to the VCU Medical Center in Richmond for treatment of life-threatening injuries. “Neither woman was wearing a seatbelt. The crash remains under investigation. Charges are pending,” Geller said.