Two picked for school board 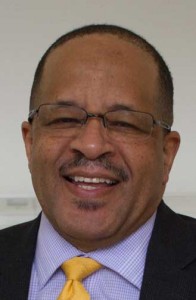 Corbett was a unanimous pick to return to the seat he has held the past four years.

Corbett was chosen over Wayne E. McWee for the Leigh District seat.

Chaffin will replace Russell Dove, the current school board chairman who opted to not seek reappointment.

Chaffin said, “There are people that think the school board does have some things that need to be done or changed, and maybe if that’s the case I can help.”

He emphasized that he wants to begin his term by learning more about the schools and the school board. 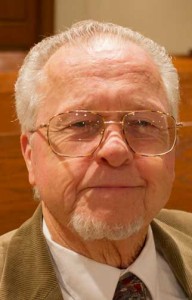 “One thing I plan to do is to spend a lot time in the schools, physically in the schools, so that I can get an idea first-hand what it’s like and what’s going on,” Chaffin said.

Chaffin said he’s been doing research on the schools since he was nominated for the seat. He’s been to three board meetings and has been talking to citizens about how they think the school board is doing. He said there are “some things that are really good and some things that can be improved upon.”

Corbett noted the importance of school board members’ being committed to the job.

“I definitely will try to do that and set it as a priority,” he said. “It’s one of the priorities that I have had for the last four years.”

Chaffin said he’d “like to continue with the current changes that we are making. We’ve got to get our schools accredited. We’ve got to work on that. That’s the biggest thing.”

Added Corbett: “We’ve also got to make sure that our schools are schools that people just find to be attractive, so they’d like to be able to say, ‘Well, this is Prince Edward,’ so that they have pride in the school.”

Corbett expressed optimism about the recent hiring of Dr. Barbara Johnson as superintendent.

“She has some goals in mind that I think that are going to help us,” he said. “I’d like to make sure that I continue to watch her. She’s the expert.”

He emphasized the importance of putting children first. He said the most important thing the school board could do is make sure that students are getting the skills that they need before they graduate and go out into the world.